My favourite image on the blog must be Django Reinhardt's guitar, which I saw in the Musical Instrument Museum in Paris. It is completely inconsequential as regards the point and purpose of the blog, but seems talismanic in some way. Here it is again: 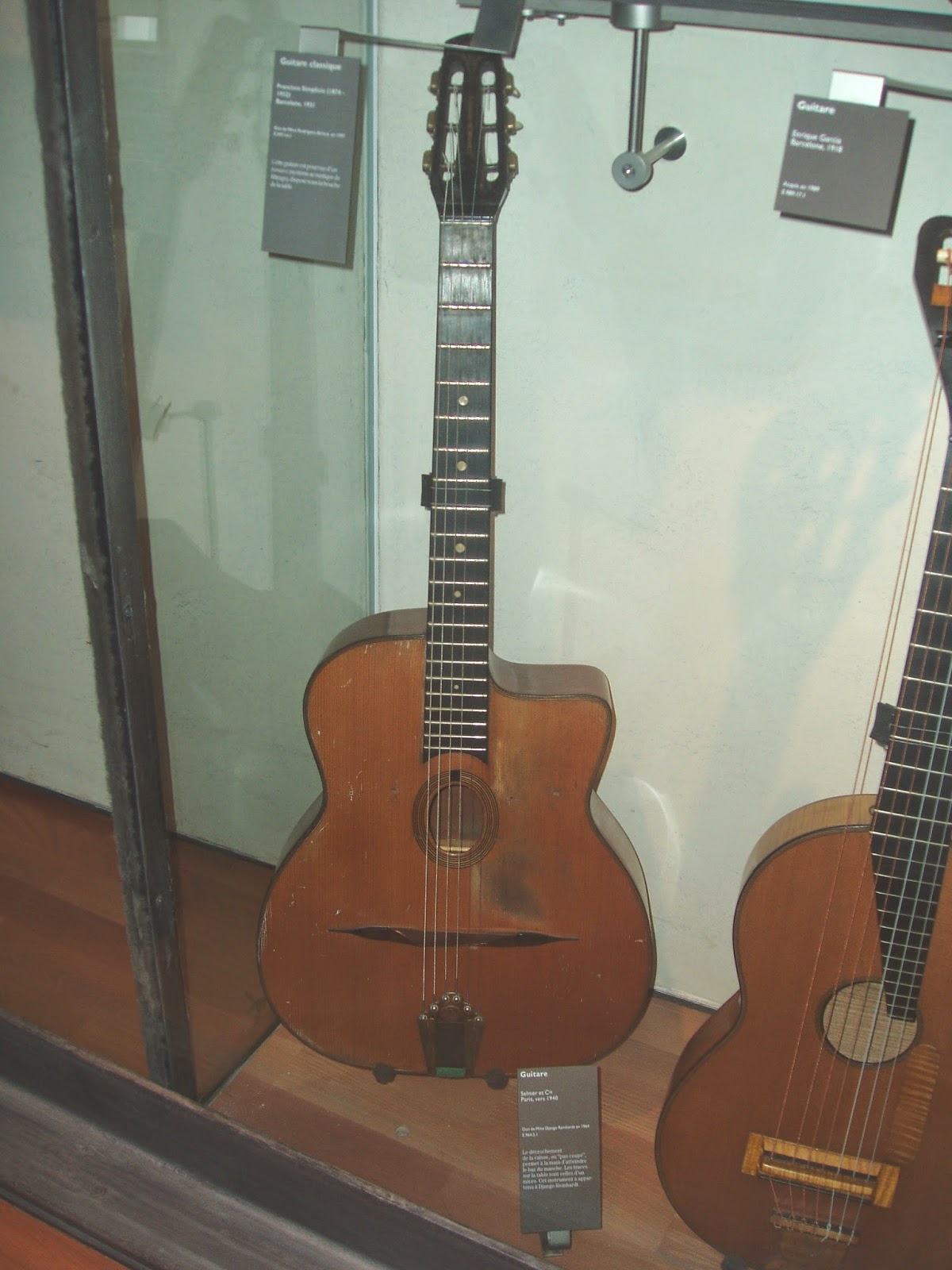 I liked the photographs that accompany some of Rene Van Valckenborch's 'twitterodes'. These 'twitterodes' did appear on Twitter but I posted some on Pages - one a day - in order to show the photographs of Belgium that I'd used to write the poems (as here and here and here), though here is an interloper from a different source. This image of an open window (or vacant window, should I say) came to symbolise the very absence I'd invented in A Translated Man.

Images of a different kind, in the form of Patricia Farrell's A Space Completely Filled with Matter formed an underviewed series of images. Here's one. And another. But the whole will be available from Veer Books soon.

Of course, the collaborations with Pete Clarke are important, see here, about our 2013 exhibition.

I made plentiful use of photos I took in 2005 when the Poetry Buzz to celebrate Allen Fisher's 60th birthday toured London sites, both of the 'buzz' itself and of poets on it, not just Allen, but the rest of us too, from Ken Edwards and Lawrence Upton, through to John Seed and Patricia Farrell. Here are some that I didn't post at the time.

This has to be not one post, but the cluster, around the Meaning of Form project, partly because I was thinking online, wrote early drafts of the book project online, whereas some earlier pieces were re-writes and updates (though some of these, on Lee Harwood and Iain Sinclair, receive many hits). The whole cluster of 'Form' posts can be accessed here.

Since I am King Blog in this domain (and I can break my own rules) I'll pick another favourite: this long one on the British Poetry Revival seems pretty neat, particularly with the images of Cobbing and embedded movie by Jeff Keen.

Talking of embedded vids, here's one of me doing 'Smokestack Lightning' with obsolete technology like cassette tapes. Of course, it wasn't obsolete when I first performed it at Subvoicive in the 1990s, but I dug out the tapes and harps in 2008 for the launch of Twentieth Century Blues.

I am aware that I post offcuts and outtakes or reprise already published or never to be (re)published pieces on this blog, such as poems that won't make it into my Selected Poems, here and here. Here's another link here, a de-selected poem, with a link to all the others. (There are various reasons why they are de-slected, and not because I don't like them any more!) I offer tasters of my own work. It's not really publishing. If I have one favourite it's probably the garish colour version of Rene Van Valckenborch's 'Revolutionary Song', which could only be published online (without considerable expense). When Thatcher died I rolled out a few old barrels, and rolled them over her corpse.

I am glad to have hosted other writers on this blog, and for them it is publishing. Of particular interest are Allen Fisher's 'Mezz Merround', the last (and long) piece in Gravity as a Consequence of Shape; and Iain Sinclair's contribution, 'Patrick Hamilton', but it was also good to have 'captured' emerging writers such as Marianne Morris and Mark Mendoza. (MM and MM).

These are all good, but top prize has to go to the Bill Griffiths' Ghost Stories I posted, links here. They remain uncollected though, the stats tell me, happily not unread.

This transcription of a 1973 interview with George Oppen went unnoticed (for a while, it's properly transcribed and published now, and the editor did track me down to question me about the provenance of this text). These were from a talismaic set of notes I made about seeing this videoed at UEA sometime in the early 1980s. Here.

I am pleased too to have meshed the blog with my professional life, once in introducing the Edge Hill Poetry and Poetics Research Group to a wider audience (it was celebrating its tenth anniversary in 2009) here, and, as currently, with my posting of 25 Edge Hill Poets, which is explained here, and carries links in it to all the poets.


was answered by 5 posts that can be read together by clicking onto the ‘2008’ button to the right of this post. (The paucity of posts that year reflected my concern that the responses should be read together as contiguous posts, which I suspect was the way blogs were perused even those few years ago. Now readers and viewers zoom in on links to particular posts, one reason for the amount of internal linking that I do.) A sixth poet, Aidan Semmens, responded to the whole strand, the so-called ‘fourth series of Pages’. It's here:


After this time I abandoned the numbering as I learnt how blogging worked (though I’ve never quite abandoned the blogzine aspect of Pages).


2. I also want to highlight my own neglected strand of posts, on the history of poetics (as a writerly speculative discourse). They were parts of an abandoned book on poetics (or rather, a re-distributed book; parts of it became When Bad Times Made for Good Poetry, and others await their day, such as this one.). They are accounts of hundreds of works of poetics (cumulative evidence to be used against anyone who thinks that such a discourse, with its own flexible disciplines, doesn't exist). Here they are as raw links:

The worst bit was announcing the death of Dinesh Allirajah, poet and colleague, in December 2014. It is one of the most viewed pages. I added a Martha Reeves videoto it ('Heat Wave', as on the disc below) to capture something of the atmosphere of the funeral itself, well, the end of it, anyway. Dinesh is much missed. By sheer coincidence this month there is an obituary in The Guardian here. 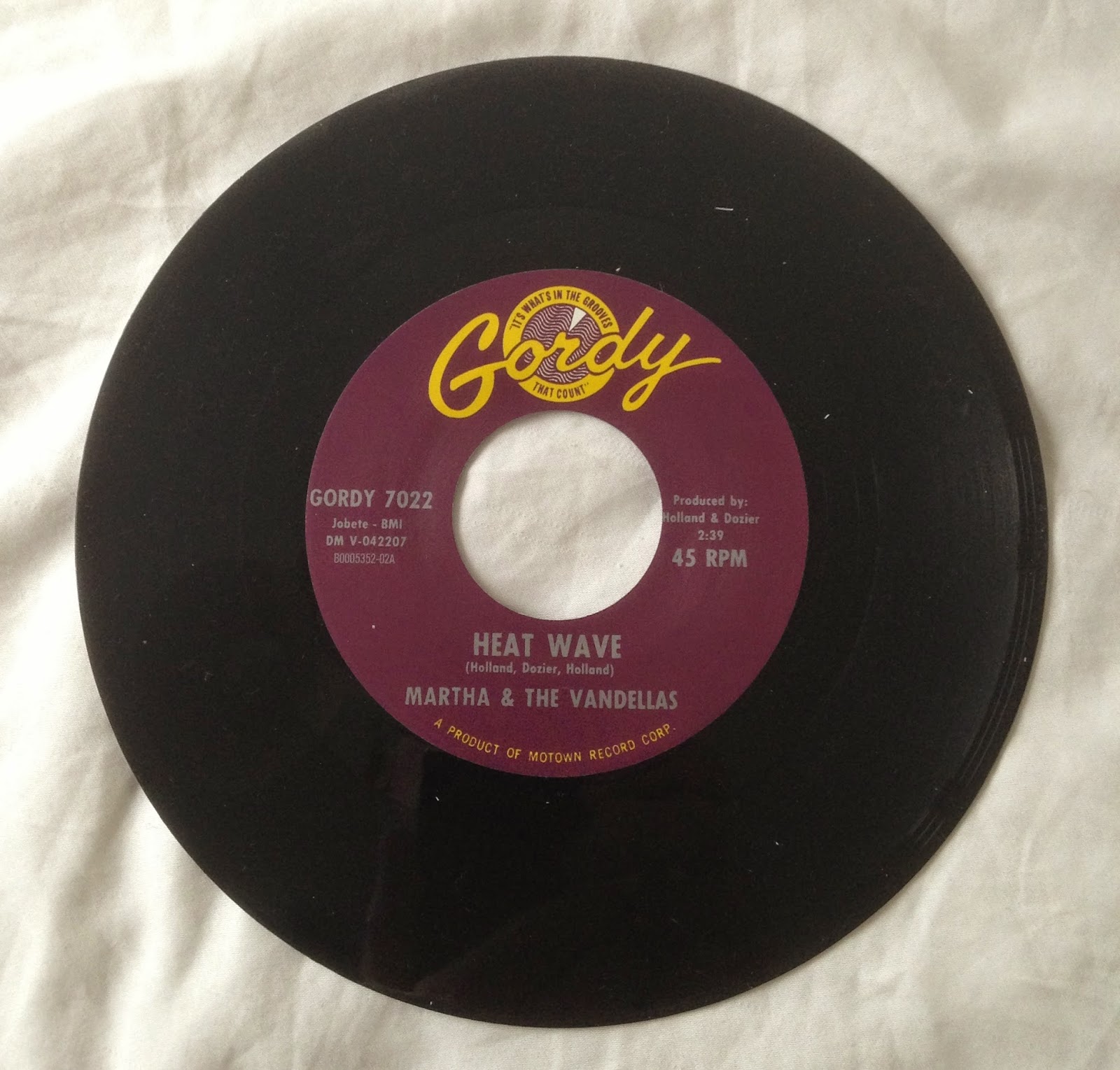