I was up and out, with Patricia, after she’d got Stephen ready for a day of work at the Museum, to Leicester, a journey I thought unnecessarily long, on the otherwise comfortable trains. Reading Groove by Tiger Roholt (2014). (What are the implications for poetic performance of his theses about direct and indirect description of nuance and affect?) Late, straight into Simon Perrril’s Shearsman launch reading. We crashed in, like Archilochus dropping his shield, while Simon did the business of ventriloquising the dead Neobulé. (The book Beneath is the brilliant sequel to the equally brilliant Archilocus on the Moon, which I write about at length here.)

All the wonderful people: Tony Frazer, Peter and Lynn Hughes, Andy Taylor and Rory Waterman (met for the first time), Gregory Woods (met for the first time sine the 1980s, but an old friend from UEA days; I published his first poem on 1983 in 1975ish, and we've both served the old place well), Shiela (Patricia’s sister, a real pleasant surprise, to whom Patricia told the rude penguin joke), Alan Baker (a particular interest of mine at the moment, see here), Sam, who published Alan’s big book, as modest as Alan, and, of course, my co-reader Nancy Gaffield, who was new to me.
Our Oystercatcher reading was introduced generously by Peter Hughes, and Nancy began with her Meridian, see here. The poem began, disarmingly, for a Sussex boy listening, with the word ‘Peacehaven’, the strangest one horse town in the country, but it’s on the line that Nancy is walking and recording in this poem. We got as far as Epping Forest: the ghost of Clare. Sinclair country. Which she is planning to walk with him. (I wonder if Iain’s seen Peacehaven?)

I was clear I couldn’t go straight in with The Drop, so my set list was:

‘Rainshine shivers on dull platforms’, a poem about the English Midlands, from ‘The English Poems’ in Warrant Error (and in Historyor Sleep). There was a Shearsman stall as well as an Oystercatcher one downstairs.

The Drop, both the short lyric ‘Standing By’ (see here) and ‘Of Crystal'. (See here for the book and here for its elegiac contexts, and a review by Alan Baker, here.)

I then turned the tables on the poem and read an excerpt from ‘The Given’, to be found in both Words Out of Time and History or Sleep. It seemed sensible to read from one sentence referring to my father to another, a 5 minute stretch, but I emphasised the comedy (and at least one person, Greg Woods, remembered the Occupied Hamburger Bar at UEA!).

Over, I bought a number of books: Nancy’s book, plus Sophie Mayer’s and Ralph Hawkins’ Oystercatchers, Jeremy Reed’s Asa Benveniste book, a Sandeep Parmar, a Simon Smith I seemed to have missed, and Alan Baker’s Bonnefoy translations.

And I picked up my contributor’s copy of Clasp: Late Modernist Poetry in London in the 1970s. We found a pub, the Swan and Rushes, and drank JHB (a beer eulogised in my poem ‘Sonnet (Fourteen Bars)’), and read little snatches, representations of our lives in London, including our (unnamed) Tooting Thursday evenings, our parties, and (of course) the Smallest Poetry Festival in the World in 1994. Patricia’s part in running the earliest Sub-Voicive readings is also recognized. But that’s another … post. Here. 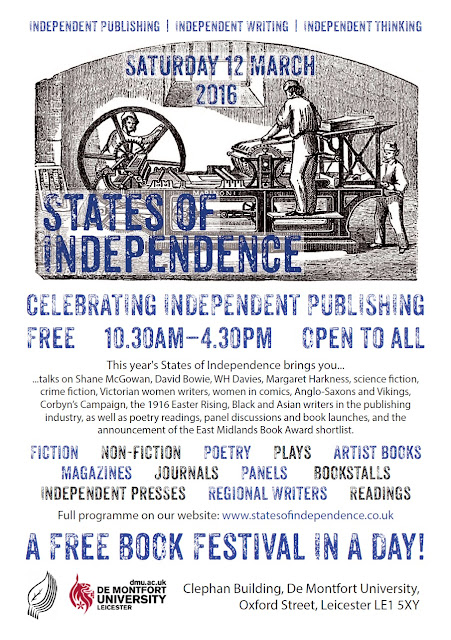