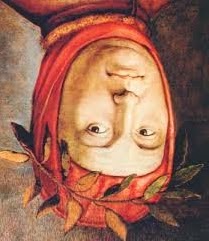 When I wrote my original comparison of Peter Hughes’ and Tim Atkins’ versions of Petrarch I had only a few scattered booklets to compare their developing projects. Poem 3 was selected almost at random, by being one of the few poems by both that I possessed. Read that comparison here. (Poem 3 then set me off on my own versions of that single poem, Harry Mathews or Nicholas Moore-like, of which there are 14 +, but none yet published, though one is here. Though I have performed them; see here and here for set lists, and comments on the nature of my versioning practice, including a blues version and a Jimmy Savile poem.)

Both of these long projects are now available whole.

I think we can safely say Tim’s book is the best Petrarch of 2014; Peter’s is the best of 2015! They are both brilliant reads cover-to-cover, but the experience of reading the books means I need to update my readings on the earlier post (although I don’t think I need to revise, as far as they went). Indeed, it was a surprise to find a reference to that post – its reading – in Jèssica Pujol i Duran’s excellent introduction to Atkins’ Complete Petrarch. Anyway here’s one update:

Jèssica Pujol i Duran notes, in her introduction to Atkins’ Collected Petrarch, that ‘We needn’t really read Petrarch for the differences between Petrarch and Atkins’, as I argue of Hughes’ work, ‘or indeed, their similarities’, she adds; ‘such concerns seem gleefully inessential’ for Atkins. (Pujol i Duran 2014: xii). She responds to an earlier web-post version of this chapter by concluding: ‘Thus we read Sheppard’s “distance”, aware that the measure of that distance is hallucinatory; that most of the time Atkins seems to be having a conversation with a neighbour, with a Zen master, or with “fucking-Jeffrey-fucking-Hilson”, rather than with the fourteenth-century Petrarch.’ (Pujol i Duran 2014: xii) [i] The identification of the Zen master is instructive, as we shall see.

As is clear, I think, these posts are dry-runs for the argument of a book in progress called (now) The Meaning of Form in Contemporary Innovative Poetry for which I have a contract (literally on the desk under my Hughes-Atkins chapter waiting to be signed and sent back to the publisher; read more here). (The other contemporaneous factor is that Tim will be reading for Storm and Golden Sky this Friday, which I am very excited about. (31/1/15: rightly so: a magnificent reading from the book.))

But I have also written general surveys of both projects, now we have them entire. Let them stand here as mini-reviews of both books.

Peter Hughes (b. 1956) has long been an admired independent voice in British poetry, avoiding groupings and affiliations, operating a prize-winning small-press, Oystercatcher, from the relative seclusion of North Norfolk, practising a writing that moves between various lyrical and sequential styles, but the sardonic and satirical tone in Quite Frankly: After Petrarch’s Sonnets (2015) is quite new. Hughes’ narrator seems a consistent ‘I’, Petrarch-like in his thwarted passions, but modernised: ‘drunk I scratch LaureTA on my arm/ with a Jocky Wilson lightweight dart’, (Hughes 2015:13) and is relocated to the Norfolk coast, where he lives in a fairground caravan: ‘you can understand why so many gods/ chose the middle east instead of Norfolk’. (Hughes 2013: 8) I can indeed. Having been at university in Norwich I know the bleakness of that coast. Throughout the 317 sonnets of Quite Frankly: After Petrarch’s Sonnets (the complete 2015 version), we repeatedly encounter a lover addicted to the eternal repetition of his sorrow and unrequited love (while using contemporary analogues, such as lines from pop songs, and plenty of humour) in the repeating form of the sonnet, with the continuing consolation of his pleading (even after Laura’s death). Into this relatively faithful transposition, Hughes weaves references to contemporary austerity Britain, that suggests that his Petrarch is one for our time, a time of generalized, lachrymose gloom. However, Petrarch’s concern for ‘justice & love’, denied by the hoodwinking of the poor in favour of a distant political establishment, arises enough times to bring us back to recognise Petrarch’s concerns, though they are cruelly stripped of theological consolation. (Hughes 2015: 342)

Tim Atkins (b. 1962) is a lively presence in the London poetry scene, who also edits the online journal Onedit. Unlike Hughes, he is not striking a new tone or adopting a fresh voicing in his Petrarch poems – his Horace (2007) is almost a dry-run for their transformative methodology – but the sheer bulk and variety of this 2014 collection, Collected Petrarch, makes it his largest and most important volume to date. As Atkins creatively re-reads the canon of Canzoniere we are led into a distanciated body of work, where it is no longer the year 1327 but the time ‘13:27 - & there are still no demands to make love     in/ this sonnet   the author    function    soothed’. (Atkins 2011: poem 219) The poems seem to offer ‘an unending set of translations’ as Foucault’s concept of the textual author function (cleaved apart by caesura, mid-phrase) is ironically entertained only to be dismissed just short of half-past one in the afternoon – in an O’Hara-like or Berriganesque time-check – since O’\arasince sex will not be had in the castrating tradition of courtly love, but this is ultimately soothing to this pseudo-narrator, tortured as he is by human love. (Attridge 2004: 74) The restless registering of the contemporary world seems to confirm that its ten thousand things are indeed illusory as Buddhism suggests: ‘the woofing of dogs will not save me.’ (Atkins 2014: 437) The ‘Buddha life’ leaves ‘I … empty inside it’, (Atkins 2014: 537), yet the narrator (like Hughes’) cannot expunge the Petrarchan legacy: ‘Love – This is the notion which feeds and & informs me.’ (Atkins 2014: 445)

(For Summaries and Weblinks on form, click here.) (Yes, I do know Frankie Boy is upside down!)

2017: My 'Petrarch 3' is now in print, see here and here. I have written in detail about the writing of Petrarch 3 (see https://robertsheppard.blogspot.com/2020/09/practice-led-piece-on-petrarch-3-from.html )
See three of my Petrarch 'Wyatts' here. And here

http://www.manifold.group.shef.ac.uk/issue20/RobertSheppardBM20.html
takes you to what came next:  Hap:Understudies of Thomas Wyatt’s Petrarch (though the first, introductory, poem ‘Perhaps a Mishap’ is not a version of Wyatt’s versions of Petrarch).

I write about the completed 100 sonnets (including my Petrarch ones) of The English Strain here.

[i] My post ‘Robert Sheppard on the Petrarch Boys’, in which I raise the difference/distance distinction may be read at http://www.robertsheppard.blogspot.co.uk/2013/12/robert-sheppard-on-petrarch-boys-peter.html (accessed 27th January 2015).
Posted by Robert Sheppard at 11:06 am