I use this as handout and lecture to try to get students to entertain the notion that all poetry is staged by form (and I have used it both with Literature and Creative Writing students). Of course, it is parallel in some ways to the pedagogic work I've been doing (see here, but also await my 'Taking Form' creative writing chapter), as well as the academic work I've been doing on form, but it is nice to see it expressed in concise and accessible ways (the equally concise but clenched mode of this and even more of this suggests that conciseness is not always clarity for the neophyte). But they are all singing from the same form book. Access all links to The Meaning of Form project may be had through the hub-link here.

To know poetry is to know poems.
You cannot have knowledge of poetry until you have generalised your knowledge of many individual poems. I don’t know what the number might be, but I suspect it must be over a hundred. Before then you will only know a few poems and perhaps other people’s ideas of what poetry is (if you listen to them).
There is no single poem because every poem exists in relation to other poems, between authors, and within one author’s works.
It is easier to read 10 poems by a writer than to read one on its own because you will gather a more consolidated view of the writer’s works, a more generalised view. For one thing, you won’t have to read myopically, one line at a time, which is a deadly method that threatens to kill the life, the flow, the form, of the whole poem (or section of a longer poem; long poems tend to be shorter ones in series).
Form. All poems stage their meanings in form. By this I mean: we can only read a poem through its form, the form that made it or the form it makes as we read (whether it uses rhyme and rhythm or is in so-called ‘free verse’). Poems make forms with, and of, sound and meaning – and even shape on the page. All poems make forms, patterns, have boundaries like a skin, that have to be noticed because this is what makes a poem a poem (rather than a speech, a piece of prose, or journalism). You can offer a paraphrase of the poem’s content but unless you pay some attention to the form as you read you are not really encountering its totality, but sneaking round the back of the big difficult thing, like a ring-road around a castle. It doesn’t have hidden meanings or messages: everything you need to notice is formed by form and is in the poem’s form. Actually, you can’t talk about content without talking about form. One is in the other.
The big difficult thing. Poetry is therefore difficult to grasp in its entirety. Don’t be worried by this. Start your encounter by asking what you don’t understand, what you find difficult, not the opposite. It’s quite liberating to say you don’t (fully) understand something. (I don’t mean difficult content that you can use Google to solve.) One of the reasons that those who treasure poetry do so, is that it is inexhaustible, like a painting you keep finding different things in. Difficult but different.
The poet Iain Sinclair calls poetry ‘the hard stuff, the toffee of the universe’! None is harder, we are told, than contemporary poetry.
I have already called reading an encounter. You must enter into the participatory play of reading. The writer creates the hard stuff, leaves it for you to discover, and you must read it actively, picking up on the energy of its form (or the lack of it if it is a bad poem, of course), absorbing and transforming it in your reading.
This implies that you must experience it as a performance. It is best to read out loud, to feel it in the mouth (like that toffee, melting a little) and to make it your own for a little while. You must experience it with a sense of how it unfolds in time, not pausing word by word, but at whatever feels the right speed (out loud or in your head). Don’t stop to ask the difficult questions (yet).
You must learn to experience poems with varying degrees of intensity too, from visceral attraction (or repulsion) to detailed analysis of style, form and meaning, and with different degrees at different times (even with the same poem). You could listen to it being read, and that’s that, or you could spend an hour in an exam writing about it, going over and over it, or parts of it, but still remembering what it felt like to perform it for yourself. To perform its form. 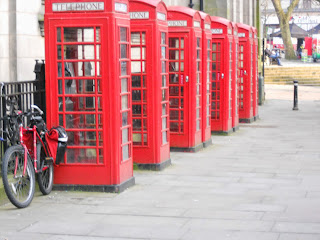