It's finished! All the collaborations have been completed and the manuscript updated.

I have long thought that the EUOIA project, the European Union of Imaginary Authors, would require another title for eventual publication, that the wonderful gift of those Five Vowels (echoes of Bob Cobbing, echoing Rimbaud, intertextualising in an unintended way with Christian Bok's Euonia) would confuse. I have chosen

Twitters for a Lark

This is, in fact, the last line of the contribution of the fictional 'Robert Sheppard' (see here for his life story), and is (currently) the last line of the anthology (bar the appendix). But with Shexit looming it is possible that he might end up in an appendix of his own, too! (More on shameful Shexit goings-on here.) See more on the poets of the EUOIA here (a hub post containing links) and here (on the newly updated EUOIA website, containing videos and a full list of collaborators).


I have also written a short note to describe the project (although I think it will need a more fulsome 'introduction', a fictive one, of course):

The European Union of Imaginary Authors (EUOIA) was invented by the fictional bilingual Belgian poet René Van Valckenborch for A Different Space, his last project before his disappearance in 2010. Van Valckenborch, who made no attempt to conceal his constructedness, supposedly asked one poet from each of the EU states to write him a poem, in response to a quotation from Henri Lefevre about space, which was then scheduled to be translated into Flemish (or occasionally French) via robot (online) translators and the resultant poem ‘finalised’ by Van Valckenborch before intended presentation on this website. Only five such ‘translations’ by these poets – who are themselves fictional poets – appear at the end of Van Valckenborch’s collection A Translated Man (Shearsman 2013) authored by Robert Sheppard. Sheppard, who from 2010-16, was President of the EUOIA, undertook to ‘translate’ the work of the remaining 23 EU poets as a collaborative enterprise, making use of the full list of poets drawn up but not used in the writing of A Translated Man. (Croatia joined in the intervening years, pushing the number to 28.) In 2016, as the project reached its concluding translations, the British EU Referendum in favour of Brexit led to a mirror exclusion in the EUOIA, and ‘Sheppard’ (himself one of the fictional European poets by this time) was expelled in a ‘Shexit’ coup (as it was aptly called by Scott Thurston), and replaced by the fictional poet Hermes. A Translated Man and Twitters for a Lark are the first two parts of an intended trilogy of fictional poems. 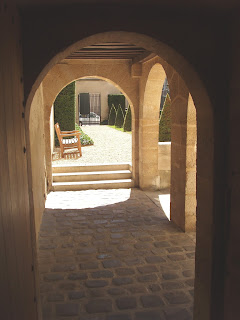 I am pleased to announce that Shearsman Books will be publishing the EUOIA anthology.  It will be called Twitters for a Lark but will not appear in June or July, in time for the EUOIA evening at The Other Room, Manchester. But here's the cover: 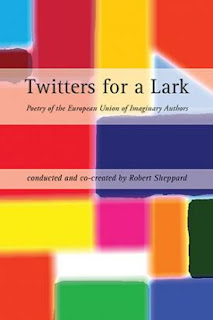