Alex Houen and Adam Piette are very pleased to be launching the twentieth issue of Blackbox Manifold, celebrating ten years! And I’m very pleased that I’m in it, along with:

Particularly glad also to be associating with long-term poetry comrades like Adrian, Lawrence and Scott, and newer ones like Andrea and the Peters (Robinson and Hughes).

is from Hap:Understudies of Thomas Wyatt’s Petrarch (though the first, introductory, poem ‘Perhaps a Mishap’ is not a version of Wyatt’s versions of Petrarch). The whole lot will appear as a booklet from Knives, Forks and Spoons around September. It won’t take very long to see they are much concerned with Brexit (and were mainly written in early 2017, already history). 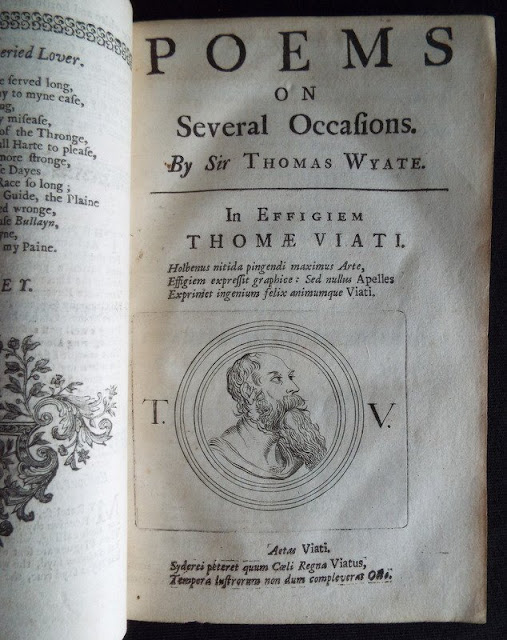 This is also one part of a longer sequence of sequences of sonnets that I think I’m going to call The English Strain , and features ‘overdubs, understudies and fortuities’ of Petrarch, Milton, Surrey, Charlotte Smith and Elizabeth Barrett Browning, as well as Wyatt. A hundred poems, in fact.

I write about my sonnets generally here, and here and see here and here for more on my Petrarch obsession, which set this thing off, including how to purchase Petrarch 3 from Crater press in its 'map' edition.This is the only part available until this autumn.

The first review of Petrarch 3 by Alan Baker may be read on Litterbug, here. The second response, by Martin Palmer here. The third is by Peter Riley, who is also a Blackbox Manifold contributor. My response to it here includes a few remarks about the whole 'English Strain' project with links to other parts:

and is available from Knives Forks and Spoons here:

Posted by Robert Sheppard at 12:57 pm