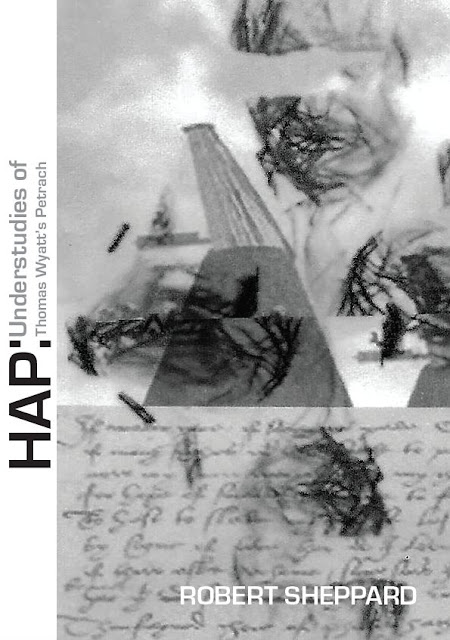 My pamphlet Hap:Understudies of Thomas Wyatt’s Petrarch is now published and is available from Knives Forks and Spoons here:

Taking only the sonnets Wyatt ‘translated’ from Petrarch, but adding a few of my own, I merge the historical Wyatt with his hysterical contemporary analogue, a reluctant civil servant of a corrupt administration. His world fluxes between Henrician terror,  administered by Cromwell, and something like our own reality, administered from inside Boris Johnson’s foreign office, itself already a history of misrule.

Tom Jenks writes of the book: ‘We need our ghosts more than ever. Robert Sheppard rouses Sir Thomas Wyatt, pioneering English sonneteer, from unquiet slumber and drops him blinking into Brexit Britain. Tudor insider, rumoured lover of Anne Boleyn, Wyatt now plies his poetic trade in the dysfunctional dynasty of Theresa May, a court characterised by its surfeit of jesters. Informed but not limited by its origins, HAP is a work of wit, verve and skill, doing to Wyatt what Wyatt did to Petrarch: recontextualising and rebooting by transformative translation. This book should be shot into space as a record of our interesting times, preferably in Alexander Boris de Pfeffel Johnson’s trouser pocket.’

Read the first review, by Steve Spence, here. And the second, by Clark Allison here.And the third, which appeared in The Journal (unknown reviewer): here. Here's a fourth one: Prince, D.A. ‘Hap by Robert Sheppard’, on Sphinx: Poetry Pamphlet Reviews and Features: https://www.sphinxreview.co.uk/index.php/946-robert-sheppard-hap-understudies-of-thomas-wyatt-s-petrarch (2020) 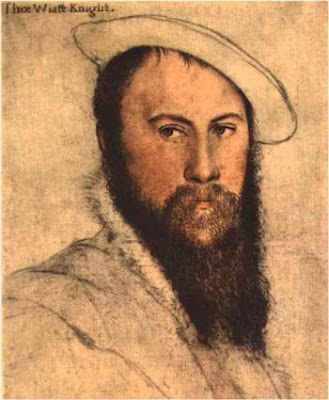 These sonnets are from a larger grouping called The English Strain. I write about them here.

And about my sonnets generally here, and here . See here and here for more on my Petrarch obsession, which set this thing off, including how to purchase the first part of The English Strain, that is: Petrarch 3 from Crater press in its ‘map’ edition.

Posted by Robert Sheppard at 11:28 am