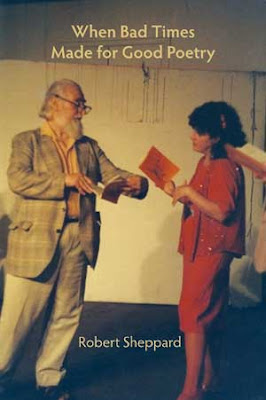 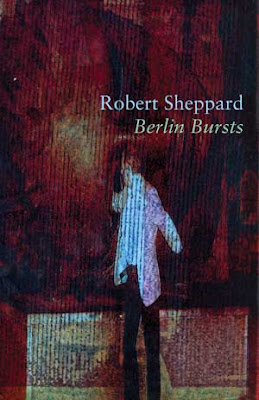 These new poems feature territories as dispersed as Sheppard’s local Capital of Culture and the global city of division and political murder of the title poem. Yet a series of metapoems brings agency and wonder to the idea of the poem, always seeing the world as well as itself, in perceptual double-takes that tease away at the meaning of the poetic act At the centre of the collection is 'Six Poems Against Death' whose lyric imperative hovers before the portals of the unknown to embrace human unfinish as the condition of our survival.

"Robert Sheppard . . . composed a few words around Liverpool's status as City of Culture. 'Their shit's verdure but that's OK/ This isn't a nature poem.' Sheppard's near twenty-year epic, Complete Twentieth Century Blues, outweighed the Ringo returns, the showbiz art: he cooked slow and long, with tangy sauces and bits that break the teeth. The city averted its eyes . . . As if it were the poet's fault that we want our meat pre-chewed." —Iain Sinclair

Order from the Shearsman online store and read more:


A Passion for the Real

After Solomon Nikritin’s The People’s Court (1934)


Both of his fists
locked

over the spread pages
of the stiff book,

sporting a smock
of black smoke

across the stage
upon which I will make

no show, he
is the People playing

its part. His guards
glance aslant

from the table’s skirting
shadow. His clerk

is a fog of fingers
fixing his script with prompts.

But his deputy
twists round:

extemporal knocks
on the door

which yet may quicken all
of our exits.


Read a review at http://www.stridemagazine.co.uk/Stride%20mag2011/May%202011/KleinzahlerSheppard.htm

WHEN BAD TIMES MADE FOR GOOD POETRY (criticism)

This study presents an episodic history of an epic period in British poetry, when bad times forced political subversion and textual impaction upon its central figures and provisional institutions. Episodes cover the Poetry Wars of the 1970s; the centrality of Bob Cobbing as poetry activist and the SubVoicive poetry scene in 1980s London; he also writes individual chapters on the poetry and poetics of Allen Fisher, Tom Raworth, Iain Sinclair, John Hall, Ken Edwards, and Maggie O'Sullivan.

"A landmark study." —Benjamin Keatinge reviewing The Poetry of Saying in The European English Messenger

Order from the Shearsman online store and read more here.

Introduction: The Life of the Writing

1 Informing the Nation: The Manifesto of the Poetry Society (1976)

2 Allen Fisher’s Apocalypse Then: Between Place and Gravity: Technique and Technology

3 John Hall: The Price of Houses the Cost of Food: The Poetics of Not Writing

4 ‘Whose lives does the government affect?’: looking back at Tom Raworth’s ‘West Wind’

6 Ken Edwards’ The WE Expression

7 The Colony at the Heart of the Empire: Bob Cobbing and the Mid 1980s London Creative Environment

8 Beyond Anxiety: Legacy or Miscegenation

9 Poetry and Ethics: The Saying and the Said in Tom Raworth’s Eternal Sections

10 Talk: The Poetics of Maggie O’Sullivan

11 Facture and Fracture: Resisting the Total in Allen Fisher’s Gravity as a Consequence of Shape

12 Everything Connects: The Cultural Poetics of Iain Sinclair

Epilogue: What I regret about the poetry scene at the moment


from the Introduction: The Life of the Writing

I have long held the view that the power of poetry is precisely that it both reveals itself – its poetic artifice is its undeniable facticity laid bare – and conceals itself, leaving the reader feeling that he or she has not finished, could indeed never finish, the work of reading. The text is inexhaustible in terms of both form and content and in terms of the unstable relationship between them. The writer is also strangely both present – as artificer – and simultaneously absent, from the poem; once the poem is read the only agent in or around the text is the reader. Any poem is thus a site of human unfinish twice over. I have long suspected that under, within or around, the language of a poem, lies another language, or aspect of language, perhaps a rhythmical energy, that is not reducible to discourse. As such, the poem seems to withdraw from social and historical comprehension, but this is only apparent. On occasions these aspects of otherness suggest alternative readings of reality, and reading poetry becomes an imaginative and transformative act, with political and ethical import. Poems evoke in the attentive reader a permanent state of potential astonishment. Analysis does not distil that thrill; it turns it to knowledge, something communal (and historical, because subject to change and revision), to be shared.

Posted by Robert Sheppard at 9:11 am