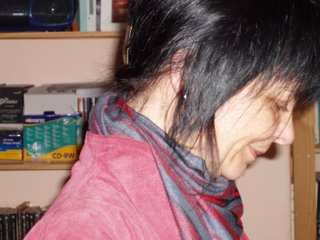 Patricia Farrell: On 'A Space Completely Filled with Matter' 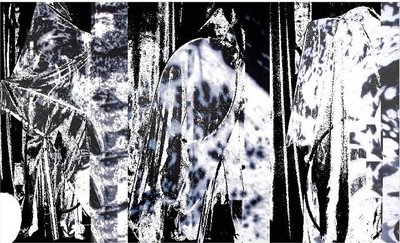 A Space Completely Filled with Matter was developed in 2003 as a visual dance score for Jennifer Pike Cobbing. I had for some time wanted to produce a series of pieces which Jennifer could freely adapt as the basis of a dance performance.

I sent the piece to Jennifer with the proviso that it was now entirely hers to do with as she wanted – performing it how and with whom she thought appropriate. I need not even know about it. However, Jennifer, ever generous, decided that she would perform it where I could be involved in its preparation, as part of the Celebration for Bob Cobbing evening (19.3.05) situated in the excellent exhibition of Bob’s work she curated with Phil Davenport for Bury Art Gallery. This exhibition was itself part of the gallery’s Text Festival, a series of exhibitions and performances which ran for nine months in 2005 (See Pages archive for March 2005 for more details).

As Jennifer had conceived the piece, she would dance in front of slide projections of the images. She had devised a simple costume of a voile shroud with a set of hinged sticks and hoops inside, which she could manipulate: rather like an Indonesian shadow-puppet turned inside out. This costume depersonalised the dancer and allowed her to articulate and emphasise both her movements and the projected images. The effect in rehearsal was stunning – pulling the images across her body and out into the space in front of the screen – simultaneously powerful, economical and elegant. The intention was to perform the piece with musical improvisation by David Toop. However, Bury Art Gallery’s slide projector packed up at the crucial moment and this first performance became something more impromptu, considerably noisier and less ‘elegant’, with Jennifer improvising from the printed images and with vocal interpretations from Phil Davenport, Robert Sheppard and myself in addition to David Toop’s music: something more in the spirit of Bob Cobbing’s own creative responses to unforeseen circumstances.

In the hope of letting people see the work as she had intended it, Jennifer arranged two performances at the ‘Klinker’ organised by Hugh Metcalfe. The first was again as part of a Celebration of Bob Cobbing evening – to celebrate Hugh’s birthday - on 15.12.05 at the ‘Klinker’s’ venue at The Ivy in Nunhead in south London and the second on the following evening at The Sussex Pub in East London. In spite of another temperamental slide projector – (which became a case of refusing to take nonsense from a mere machine) – Jennifer’s performances were both individual and consistently wonderful. The second performance included piano accompaniment by Veryan Weston – something I had secretly wanted when I devised the piece but hardly thought possible. 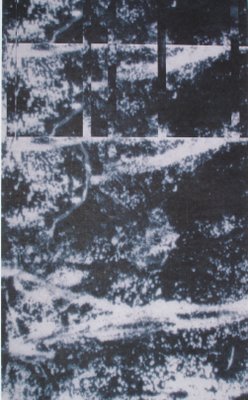 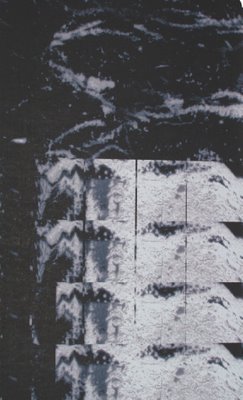 Posted by Robert Sheppard at 6:05 pm 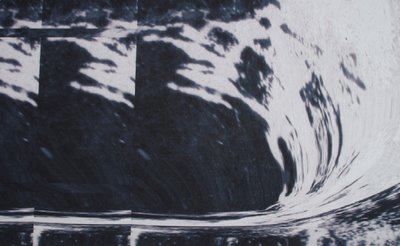 Posted by Robert Sheppard at 7:51 pm 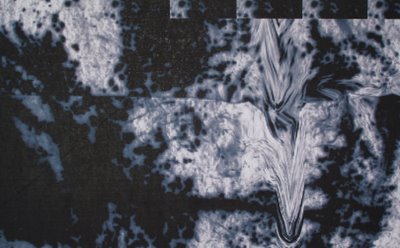 Posted by Robert Sheppard at 12:12 am 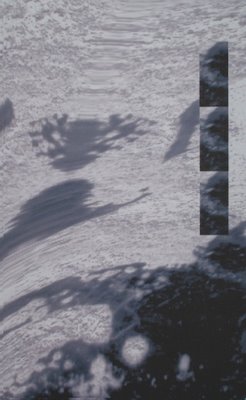 Posted by Robert Sheppard at 5:53 pm 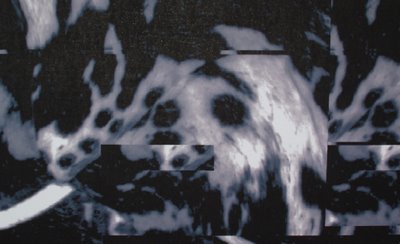 Posted by Robert Sheppard at 5:48 pm