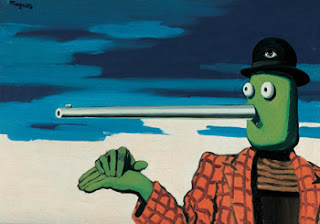 
The ‘whole’ oeuvre of René Van Valckenborch is surrounded by mystery, perhaps of his own making. Published in fugitive publications in places as far apart as Cape Town and Montreal over the last decade, the poems of this Belgian are composed in Flemish and Walloon, and the stylistic divide between the two sets seems to reflect the societal and linguistic divide of his troubled nation (although he never refers to this fact). The two translators, Annemie Dupuis and Martin Krol, worked independently of one another at first. Their subsequent meeting, marriage and removal to Brussels form such an incredible tale that they have occasionally been accused of manufacturing the controversy of Mr Van Valckenborch’s discovery, of fabricating their translations and of inventing their author. But in fact they are ‘fictional poems’, a category defined by Gerald L. Bruns. ‘To speak strictly, a fictional poem would be a poem held in place less by literary history than by one of the categories that the logical world keeps in supply: conceptual models, possible worlds, speculative systems, hypothetical constructions in all their infinite variation – or maybe just whatever finds itself caught between quotation marks, as (what we call) “reality” often is.’


Read early poems (both in Walloon and Flemish) here:


Watch Patricia Farrell and I perform part of ‘Background Pleasures’, one of VanValckenborch’s poems from the Walloon:


Read and listen to the Walloon ‘Cow’ poems, his final Walloon poems, perhaps written in the same spirit as Magritte, when he entered and quickly departed, his ‘Periode Vache’ (see an example at the top of this. Isn't he adorable?):


Read a piece of Van Valckenborch’s critical prose (not to be included in the collected Van Valckenborch project), an account of the cinema of forgotten Belgian film-maker Paul Coppens:

and, more clearly, at


Read Dylan Harris’ account of a close encounter with the enigma himself:


Other texts have appeared in print in Tears in the Fence AND, Sunfish, Roundyhouse, VLAK, Form & Fontanelles and Poetry Wales. The whole project is intended for publication in 2013.

The whole thing may be bought as A Translated Man here:

Then came Twitters for a Lark

https://www.shearsman.com/store/Robert-Sheppard-ed-Twitters-for-a-Lark-p102839129
Posted by Robert Sheppard at 10:21 am

Jeff Hilson and I have been working on a collaboration called 'Honda Hands'. On Saturday  we read the first 5 verses at the third Mantenant Camarade organised by the incredible Steven Folwer at the Rich Mix, near Brick Lane, London. All the other readings are are available too and can been seen in adjacent places to this video. Thanks again to Steven and to Jeff for their hard work. We hope you will enjoy this truly egregious work.

Posted by Robert Sheppard at 2:21 pm