Wednesday 29th April: A journey to , desperately reading Derek Attridge’s new The Work of Literature for The Meaning of Form, an odd prelude to my Hi Zero reading. (See here on that book.)To Southwick to see my mother. My leg not behaving, back in Brighton I walked slowly to the Hope and Ruin which was, as I’d guessed, the old Hope and Anchor near the Clock Tower (which I checked on for my mother to be able to report its continued good health; ghost of the second Virgin Records shop forever on that corner: dark interior, black cushions, headphones). I recognised Joe Luna from his photograph in The Wire and met Francesca Lisette, who read good work well (as did Chloe Lancaster). Lee Harwood arrived, Adrian Clarke, my old school-friend Michael Foy, and sister and brother in law, Vicky and John. But other than a couple of other faces from The Wire, and a poet DJ, who was identified after he thanked me for the reading, I knew none of the predominantly young, vibrant, and responsive audience. Response included laughter, cheering, clapping and whooping. The reading was recorded and later (2022) archived, here:https://www.hizero.org/readings/33.
I read the following ‘set’:

(The following day, visiting my mother again, I read the poem aloud by the War Memorial on Southwick Green, thus giving the book its Southwick launch, to (appropriately) no-one. The poem may be read at the end of this excerpt from Arrival here.)

I read one passage of the prose: ‘ “I’ll forget them not,” he promised, things like Hendrix’s The Cry of Love. I showed him patterns for my needlework. “Stuff the hall,” he said, “we could always dance in the streets.” He sniffed me as I laid a hot water bottle on his wound,’ through to the terrifying (at least for me): ‘After her death I brought a terrible silence with me into every room and I carried her expression like a scar.’

I read the poems, ‘the flickering carriages of the train’ (a partial translation of Pasternak and a partial allusion to Henry Vaughan) and the final poem down to:

by the lisping adriatic i wonder if you’d care

to send me a skinful a bit more a-

and with whinging and whining off stage 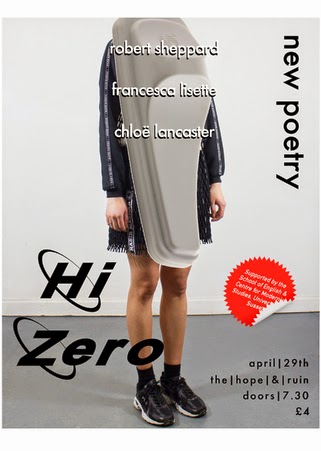 and with whinging and wineing off stage

(actually there was no whinging!)