Robert Sheppard: The Meaning of Form. A Note and Footnote on Disruption, Interruption and Disjunction 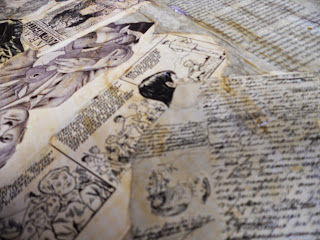 ‘The dream of a suitable political work of art,’ Rancière says during an interview, ‘is in fact the dream of disrupting the relationship between the visible, the sayable and thinkable’ – the three essential regimes of his thinking – ‘without having to use the terms of a message as a vehicle’; instead producing ‘meanings in the form of a rupture with the very logic of meaningful situations.’ (Rancière 2004: 63) Dissensual rupture – which I interpret, or at least envisage, as a formal activity – is inherently meaningful. ‘Interruption’ – a word that contains rupture – ‘is one of the fundamental devices of all structuring,’ says Benjamin, a statement that has proved its efficacy in two chapters of this study already, in contexts as different as the multi-systemic theorizing of Lotman and the practical multiform book-making practices of Bill Griffiths and Allen Fisher. (Benjamin 1970: 153) [i]


[i] I use this identification in Chapters 4 and 9 of The Meaning of Form, but the quote from Benjamin is one of the ‘theses’ that opens my book of poets’ prose Unfinish, to be published by Veer. William Rowe, one of the editors at Veer (and much else!) prefers the word ‘disjunction’ to ‘interruption’, explaining: ‘The act of interruption does not bring a new ground to meaning into the frame, but on the contrary allows itself eventually to be subsumed.’ (Rowe forthcoming 2015) I read ‘rupture’ in the term, as my use here emphasizes, not intermission, as a synonym for disjunction.