Romania’s Mirela Nemoianu (1960-), has all the vowels in her surname and she says, Don't Leave the EUOIA, at least not before I've joined it. Adopted by Robert Hampson, Mirela is rather taken by the work of Herta Muller, such as these collage-poems, and she has written in honour of them. (See my previous collaboration with Robert Hampson, Liverpool Hugs and Kisses, here ) 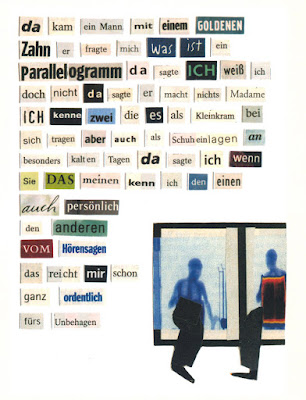 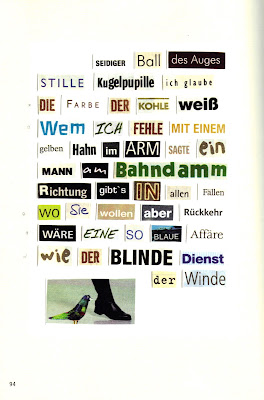