Robert Sheppard: Hymns to the God in which My Typewriter Believes 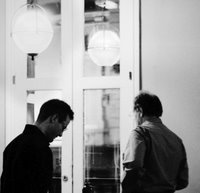 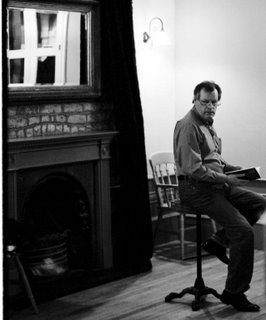 My latest volume Hymns to the God in which my Typewriter Believes is
out now from Stride. It may be ordered direct from Stride or from Salt (where other books of mine may be purchased). (2018: long out of print, some of the poems are reprinted in History or Sleep: Selected Poems: see here:


These poems – the first to appear after Twentieth Century Blues was completed - riff on and off other works of art. They mostly fall into a category of work I dubbed ‘text and commentary’ during their composition, mostly between 2001-3. By this I meant that, although such works were responses to, writings through, alongside, against, out of, other works of art (on the whole), they were intended to be read independently as well as in relation to. They were as textual as much as they were intertextual. (See Pages 463: Robert Sheppard: TEXTintoTEXT for an account of this process.)

The materials selected – many of them by European artists – are unexpected new cultural referents: from the visual works of Charlotte Saloman to Hugo Dachinger, from particular drafts and poems by Anne Sexton and Veronica Forrest-Thomson. For example, ‘Parody and Pastoral’ (which was first published in Jacket) makes use of Veronica Forrest-Thomson’s poem ‘Pastoral’, in On the Periphery (Street Editions, Cambridge, 1976); see also her Poetic Artifice (Manchester University Press, Manchester, 1978), Chapter Five, ‘Pastoral and parody’, pp. 112-63, which reprints the poem on page 125.

The technique continues with surreal ‘translations’ of Sephardic songs to investigations of the ode and the anti-poem. Familiar themes emerge in these borrowed contexts, from the Holocaust to September 11. The voice is quieter, but, serious or jocular, the visual opportunities of page-space part of the poems’ exacting design. My favourite quote about my work is this one, from John Muckle: ‘Sheppard is a rhizomiste. This means he has found a form for his epic Twentieth Century Blues project that could sprout off in any direction without warning, like a potato; and it does. ‘Like a Potato’ (review of Nuttall, Loydell, Sheppard, Welch, Hawkins) Poetry Review, Volume 94, No. 4, Winter 2004/5, pp. 93-99, at 93-6.

I’ve recently launched this book at three readings. The first, shown in the photographs, was a joint launch in Liverpool with Scott Thurston (of his Hold published by Shearsman Books ) on 16th March (See also Pages 471: Scott Thurston: Sounding Scheme for texts and links.) The photographs feature Scott and I conferring by the windows; me waiting to read, and a picture of the audience, with Stephen Farrell Sheppard, Alice Lenkiewicz and Andrew Taylor clearly visible.

The second was with Ailsa Cox (my Creative Writing colleague at Edge Hill (soon to be) University) on 22nd March, at which she launched her short fiction Like Ice, Like Fire, available from Leaf Press . (See also Peggy’s Blue Skylight, our blogzine, and news of the previous Edge Hill launch we both launched books at.)

The third was with Peter Manson on 7th April as part of the Crossing the Line series in London. See his website, "Freebase Accordion".

The photographs are by Peter Griffiths, whose work may also be seen online at http://www.flickr.com/photos/64792774@N00/ including further images of our reading, and images of other readings, including those by Allen Fisher and Alan Halsey (who I would also like to thank for the excellent cover image for Hymns to the God).

And thanks, too, to Rupert Loydell for publishing this book.