Cliff Yates: The Poetry of Saying 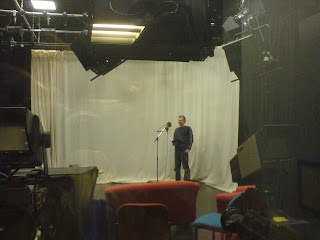 Above I posted a review of my Poetry of Saying by David Kennedy. Here is another by Poetry and Poetics Research Group founder member Cliff Yates. I thought it would make a good transition from the last series to this. It was previously published in The North, 38, 2006.

The Poetry of Saying traces the history and social development of the British Poetry Revival 1960 -1978, which first became widely available in Children of Albion: Poetry of the Underground in Britain (1969), and Linguistically Innovative Poetry 1978-2000. Sheppard, active as a poet and editor in this area since the 1970s, discusses the work of over twenty poets including Roy Fisher, Tom Raworth, Lee Harwood, Bob Cobbing, Maggie O’Sullivan, Allen Fisher, J. H. Prynne, and Barry MacSweeney. The work is discussed with reference to a ‘poetry of saying’, an ethical poetics developed from the work of Levinas and Bakhtin, which avoids closure and makes use of ‘discontinuity and indeterminacy’ in order to keep the work open to interpretation, thereby necessitating a radically different relationship to the reader compared with other work. A strength of the book is in the way in which Sheppard discusses the poems, relating them to the writers’ own influences, sources and preoccupations, as well as to the poetry of saying, in such a way as to do justice to the openness of the work and to the book’s central concept. For Lee Harwood, for instance, a poem is ‘an object made by the writer, that he gives to the reader’, not an ideal reader, but, Sheppard says, ‘the multiplicity of readers who actually do read and use these texts’. He quotes from ‘Linen’:

According to Sheppard: ‘The open work is not simply what anyone reads into it…The gaps are not actually for filling (I have been reading this text for a quarter of a century and have never felt implored to utter an extemporized response or scribble on the text). What the reader actually acknowledges is a textual act of respect…on the part of the author to the inevitable authoring of the reader….[Harwood] imposes a reciprocal responsibility on the reader, to maintain an openness of reading to match his gesture of hospitality.’

In discussing Tom Raworth’s later work (specifically ‘Eternal Sections’), Sheppard refers to the letter published in Joe Soap’s Canoe 14 in which Raworth explains his method of producing a particular poem by narrating his flâneur-like wanderings around Marseilles, accumulating jottings which he later assembled:

Comparing this poem with the letter that accompanies it, it is clear that Raworth’s intention is not to reconstruct an experience. The poem’s indeterminacy characterises a poetry of saying. Sheppard says of Raworth’s later work: ‘The poems cohere more by a reading of their formal means than by attempting to chart the semantics of a supposed context, even as readers are drawn into dialogue. The discourses are powerfully questioned and defamiliarized; indeed, the poems may never read the same way twice…They are both empty and full. They turn content into form and turn form into the content that is read… They do not have designs on us. We must make designs with them.’

Sheppard contrasts a poetry of saying with that of the ‘Movement Orthodoxy’, a poetry of the ‘said’: ‘of closure, narrative coherence and grammatical and syntactic cohesion…an empirical lyricism of discrete moments of experience’. He locates Larkin’s heritage in anthologies including New Lines (1956), Alvarez’s The New Poetry (1966), The Penguin Book of Contemporary Poetry (1982) and The New Poetry (1993). It’s a provocative account, illuminating the neglect of alternative poetry in influential anthologies and at the same time questioning the assumptions of ‘mainstream’ poetry from Larkin to Armitage. The Poetry of Saying is an important book. As well as the individual chapters on Raworth and Harwood, the chapter on Roy Fisher (an earlier version of which appeared in L.U.P.’s The Thing About Roy Fisher: Critical Studies), taking in the experimental work including The Cut Pages, is particularly good.

Posted by Robert Sheppard at 4:08 pm