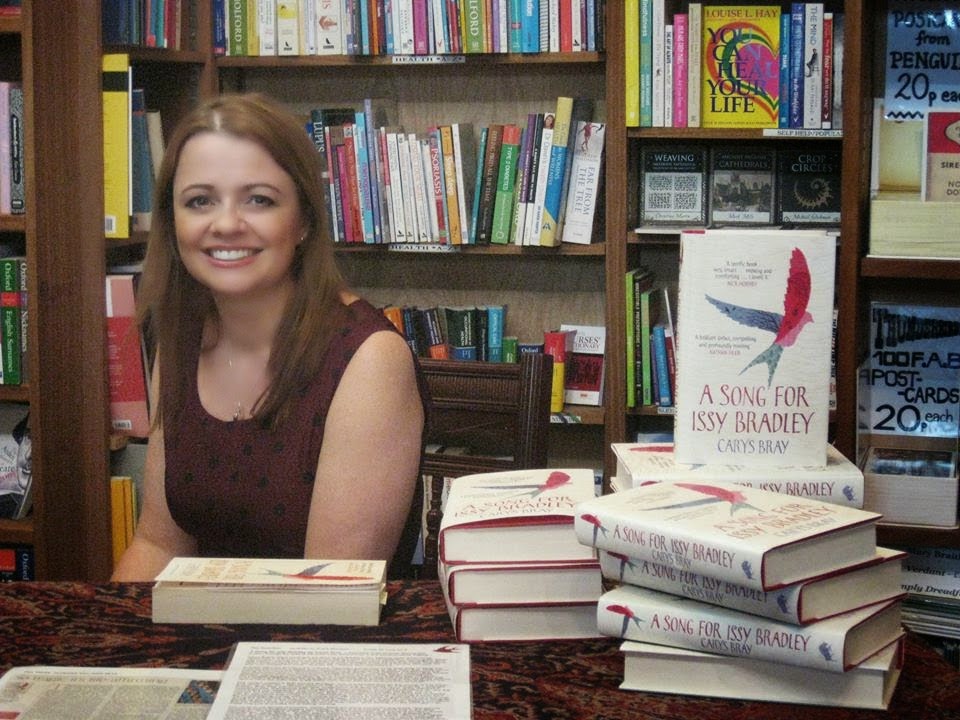 Carys Bray’s novel ASong for Issy Bradley was published this week by Hutchinson, and it is so far meeting with success: radio interviews, good reviews (The Times, The Guardian), soundbites of approval from the likes of Nick Hornby, and the considerable backing of the publisher’s publicity machine (which is both effective and affecting a tired-looking Carys). I knew the book was good. Ailsa Cox and I co-supervised the piece as part of a PhD at Edge Hill University, one of our literary successes (but not our only one). So it was good, before the world gets hold of Carys, that she organised a launch on her home turf of Southport (where the novel is set), in Broadhursts Bookshop in Market Street. Cakes were made carrying the book cover; Patricia thought the cakes referred to the amount of cake consumed in the novel (a bit like the Belgian food she knocked up for the launch of A Translated Man)! But this wasn’t the case. It was emphatically local and the better for that (despite the locality; see below). 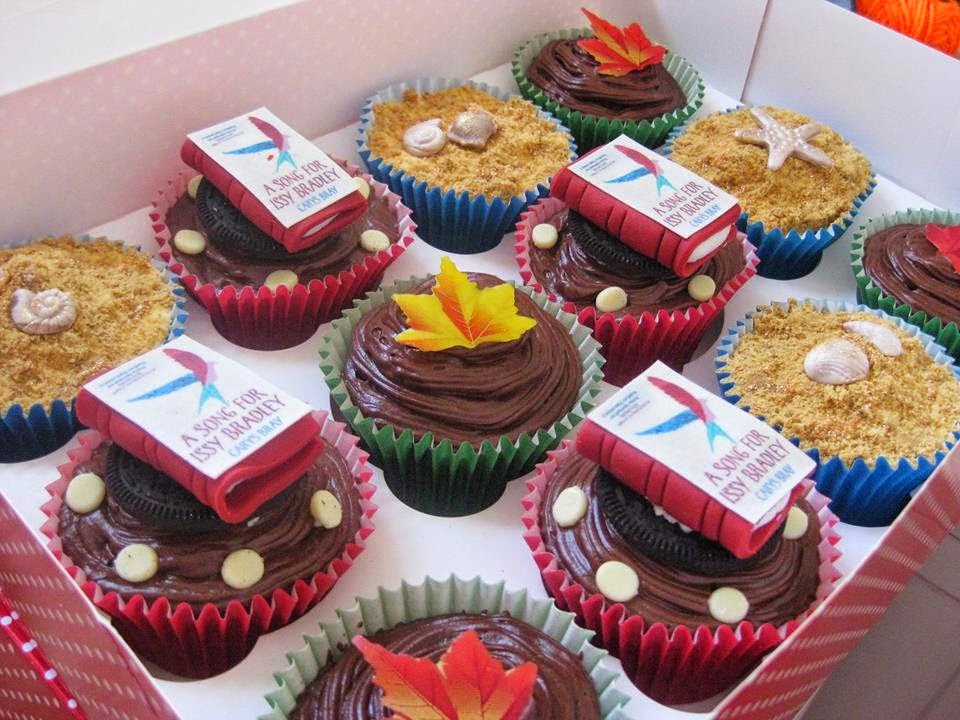 Carys stood on a chair, I think, and read a short comic-poignant passage from the book. A Song revolves around the death of a child – Issy –in a Mormon family – the Bradleys and their differing reactions to that. The novel therefore is formally ‘about’ point of view and narrational voice, a good trick since at least since Browning’s The Ring and the Book, handled here with gentle experimentation. (Read my previous posts on form. I’m deliberately speaking across the almost-universal desire to see this book as a ‘woman’s novel’ or as an anti-Mormon novel. It’s not. Men are allowed to weep over this book too. Mormons are welcome to read it.)

Carys thanked a lot of people, including Ailsa and myself, and began to defend the PhD novel and Creative Writing generally, as though Hanif Kurieshi himself, the CW-hating Professor of CW, the Buddha of Kingston, were in the room. For the record: he wasn’t. The room was, however, crowded with talented writers who either teach or have benefited from studying Creative Writing: Rodge Glass, Billy Cowan, Joanne Ashcroft, Patricia Farrell, Christine Riaz, Sarah Billington, Claire Dean, Carol Fenlon, Ailsa Cox, just to mention some of the Edge Hill ones; I spotted Cath Nichols and Sarah Dobbs in the distance too. Luckily Prof Kurieshi wasn’t there. Somebody might have come over all Fabricant. (Topical reference.)

Carys later told Patricia that she expected to be quizzed about this issue in her high-profile interviews, but hasn’t been (thus far). Her novel is dedicated to Ailsa and myself, and I cannot thank Carys enough for that, I found that deeply affecting, and she states boldly that her novel derives from her PhD studies in the acknowledgements. You may notice how many creative writers who have benefited from the academy fail to mention the fact in their biogs and blurbs. Imagine a painter failing to mention he or she had studied at the RCA. But then ‘writing can’t be taught’ we keep being told (when ‘bee and chicken keeping’ (one of the oddest book categories in Broadhurst’s behind Carys’ head as she read), parenting, playing the bassoon, potty-use, sexual intercourse, nuclear physics and driving a car all can, though not together, of course).

Then we are told we turn out clones of our own work! Anybody reading this will gather that there’s not a lot of commonality between A Translated Man and A Song for Issy (except they are both made up; yes, another media obsession: Carys’ novel is ‘autobiographical’, they say, as if to diminish its originality and artifice.) Nor is there much between Ailsa’s compact, jump-cut stories (read one here) and Carys’ equally compact but proportionate prose. (I could go on to demonstrate the point with reference to Joanne Ashcroft’s new poetry, for example.)

So: congratulations Carys! (And as my colleague Rodge Glass often puts it in emails: ‘Onwards!’) Here’s an account of the novel from Carys. https://www.youtube.com/watch?v=TIvJv68G5lo

Details of MA in Creative Writing at Edge Hill here.
*

Diaristic musings: A bit of work: writing exercises; looking at The Drop (to be published by Oystercatcher next year); and ‘Petrarch 3’ in manuscript; Tim Atkins’ wonderful PETRARCH COLLECTED ATKINS (did he?) has arrived….  Then up to Southport with Patricia, the weather glorious. Southport was horrible, despite the sunshine and heat. The streets were clogged with obese people, the restaurants full of porkers chomping their way through triple-decker burgers, or guzzling gallons of fish-bone soup, and lots of lame people cluttering the otherwise impressive Parisian arcades (having trouble with my own feet means I noticed the unusually large proportion of crutch or cane carrying-promenaders, a lot of them of course ‘disabled’ by obesity, it has to be said against them). The sea is a mile away over the sand, a glimmering mirage. The real ale was terrible (except in Wetherspoons, where they even had an Arundel ale). The only bits we enjoyed were the corporate and stylised cool of Pizza Express and the emphatically non-corporate old school swelter of Broadhursts Bookshop itself, which we visited, silently noting the window-display of Carys’ novel, mid-afternoon, before the launch at 5.30. I hummed and harred over an early twentieth century biography of Verlaine, written by some pompous chap in government livery, in his misty photograph, but decided (regretfully) against it.

After the reading we had a good and animated chat with colleagues, students, ex-students and friends (overlapping categories to be sure), before heading back to civilisation, Liverpool, generally, and The Lion, more particularly, with its excellent The Lion Returns ale and pork pies, its tiled décor, and the cheeky-winky eye of George Formby wishing us ‘Best Wishes’ (autographed) from the wall. George rather than Formby, I think.