Each finds its way in, synchronising, harmonising to juxtapose its own recessive being.  In time the newly found flute pulls to the fore an image of skirt lifting arms tossing twirling cross caught upwards a continuity of pulsing rapture with a harshness of breath long after supporting instruments have opened their closure

An upturned inversion rolled over

Tracing the cordant discordant roll creating hard-listening-found strangeness, identifying a change in the energy of sameness and strumming a background solo held low against the water when strings take over and accordion basses, rooting it all in a wash of fluidity until wind erupts a difference, rising white flecks crested out, the contrary motion opposing but forwarding in constant height, rise hanging hung crashing into pale streaming blue, tumbling down whiteness bubbling through to soothing ripples on the shore

A difference now in something more staid sea forgotten, less jumpy less sliding less less.  More the separate expression of a thought gaining speed as it races ahead of itself, elongated as energy is spent before reaching this land locked state, and finality overtakes as it spreads from the thought less sure shades more fallow  in slowing strummm

Now and now the hometown slides on mandolin, half note up a half note down, growing awareness of recurring bloodrush, first ever motif, then later, another.  Country-side comfort in an air neatly sewn and cross stitched together by care painted bleached worn wood.  Sometimes jigged or juddered sweated off springs in marginal well held frame

Now fiddle me do

Then sprung into action hand on machine ear turned to outpouring foot tapping systolsis influenced by all I’ve ever known sharped to a higher state.  The constant chord austrial polkaed then building through continents, before skudding to a vodkaed finale

Reeling in the salmon it jumps and turns, gasps the momentary lack of tension, regroups below the flow of a well known tune before being rewound.  Playing second fiddle to the main man while pulling out the estuary to see.  All gaps are complexity filled and it almost escapes but constraint is applied it belies reigning in a seeming refinement with only the tune, the rhythm, the fracture in the run up to heightened pitch where all join in resolving to always stay, to always play together intertwine each others surround sound all movement complicit in filial found fullness 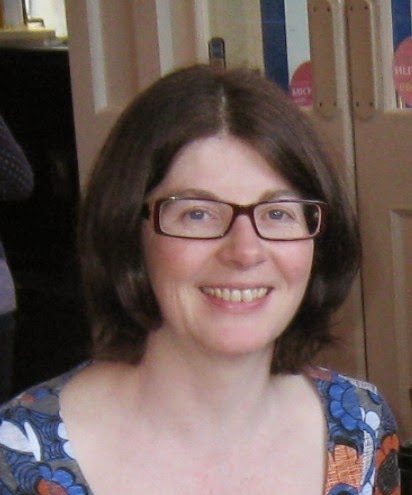 
My poetry has always focussed on using language and sound to mirror content. The above piece needs to be read aloud, I feel.


Meaning is less important than the flow of the piece; the flow of words, of thoughts almost captured, then disrupted, of tongue tripping vocals, of a language stream heard in a space where time ceases to exist, or ceases to matter.


Streaming language reflects my consciousness, gathering materials from my Irish heritage, my childhood by the Atlantic sea, the wild winds of Donegal, traditional music festivals, and then, the encountering of many new cultures throughout my life. This has evolved into a poetry of storytelling in many cases


Shape is important in my work. It offers a fullness on the page, or a terse sparseness, depending on the requirements of the poem. Rhyme is always present whether sound, meaning, or associative rhyme.


My poetry offers movement, the promise of progression to another artifice, another consciousness, another concept, and sometimes it delivers.


Edge Hill University was a fantastic place to study for my MA in Creative Writing. There were then, as now, the usual lectures, interesting assignments but also a variety of workshops, readings, and an opportunity to be with well established poets – Allen Fisher, Scott Thurston, Robert Sheppard - and authors. I remember specifically the time when I finally ‘got’ defamiliarisation, and when I, rather late in the day, realised that my understanding of others’ poetry was valid as anyone else's. As an Alumna of Edge Hill I was part of a poetry and poetics group for a long time, and continue to go to readings at the Rose Theatre.


See another reading photo here. Read more work, 'Three Poems' here, one of the very posts, and 'Three Texts' from the same sequence as the one above, here,  and about a talk Dee gave at the Poetry and Poetics Research Group's tenth anniversary talks season, here, on Pages.

Recently updated details of the MA in Creative Writing may be read here.
Posted by Robert Sheppard at 10:42 am