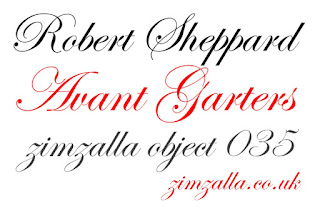 Robert Sheppard doesn’t often design garters nor does he usually compose monostichs. But he saw a pair of eighteenth century garters in a Lancaster museum with mottos embroidered on them and thought he could produce monostichs (one line poems) for a modern pair. He hadn't thought of them actually being manufactured. Neither had he realised that this ancient garment/moral instrument had endured into the current age in wedding lingerie. 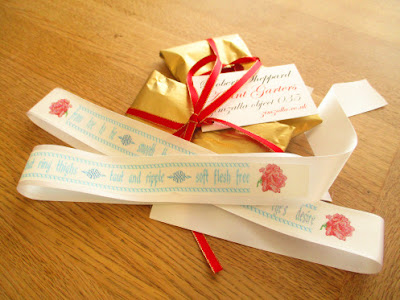 This is the result:

Other recent and, frankly, more orthodox Sheppard publications (books of poems mostly) may be read about here.