this was a celebration of all things small and perfectly formed, from the hadron to the haiku, the boson to the butterfly. activities include talks, exhibitions and hands-on workshops on how we perceive and capture moments in time; on miniature objects and microscopic creatures; and on the short form in the arts and literature.

the form was invented by the invented rene van valckenborch and all of his twitterodes (the originals) may be read here. or click onto 2010 to the right of this post and you'll betaken to them all, AND individual posts with photos. worth a look. read them in my (or his) the translated man (shearsman 2013). see here.

flee from
the flea u
nder the g
lass: furr 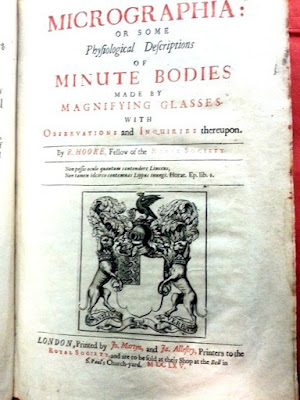 Who would have thought they'd end up illuminated at blackpool: see here.
Posted by Robert Sheppard at 1:30 pm