Celebrate Denmark’s Constitution Day with European Union of Imaginary Authors conceptual poet Trine Krugelund who was created by myself. I mean: without a collaborator, since I mostly worked with others in this project, to create the volume Twitters for a Lark which is my most recent book. Collaboration was what made it enjoyable.


Read more about the European Union of Imaginary Authors here and here. All the collaborators are accessible via links here.

More on Twitters for a Lark here and here. This collection marks a continuation of the work I ventriloquised through my first solo creation, the fictional bilingual Belgian poet René Van Valckenborch, in A Translated Man (read an early account here; the book is also available from Shearsman here ). 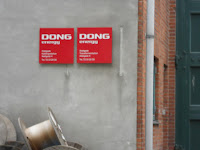 Trine is one of the 5 fictional poets who actually appear in ATranslated Man and in (again) Twitters. That’s also why she has a page here on the EUOIA website. This quintet of poets forms the link between the books, and could be the link to a third part.


Because I see these two books as the first two parts of a fictional poetry trilogy. (A trilogy never flew on two wings!) Indeed, Trine Krugelund has an important part in the post EUOIA poetry group, EUGE (The European Union of Generative Experimentalists) that I describe here. As a conceptual writer she clearly has a central role in putting their work together. Of course, the equally fictional 'Robert Sheppard' (the one featured in Twitters) might never translate that project into English (though Krugeland often writes in what she calls 'Google English'). My description of her as 'depositing on several platforms' was not just to express polymedialness, but to suggest her essential fellowship with the pigeon. Occupied as I am by other projects, it's difficult to project another project, as it were, at this time, but the way I work is by slowly drawing nearer to the right idea. When I get it it will be reported here (but so will all the interesting stages - even castoffs - on the way). Tomorrow is Sweden's National Day and I have a left-over collaboration from the book to share).