On IT, I have two new poems from Bad Idea (see here for a hubpost concerning the writing of these 64 versions of Michael Drayton’s Idea). The bad idea is Brexit (as the wonderful image by Atlanta Wiggs above underlines in the best tradition of International Times). Poem LV was written on 1st August 2019 and concerns ‘Booster Bo, turbocharged with active verbs’ getting elected as leader of the party. Poem LVI, written a week later, is in the voice of one of the true Yeoman of Kent, who, after Brexit, will be tasked with both the defence of the newly liberated realm, and custodianship of the Ancestral Dogging Sites - which have sprung up in these poems as the locus of value for an inwardly-regarding liberated British majority: in short, there will be nothing much to do other than fuck each others’ brains out amid the swards and permissive bridal paths after Brexit; ‘this is our true National Sport’. Go will no longer be able to police the groves. 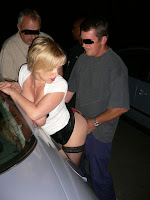 Here they are! The poems, that is.

Hope you enjoy them. The hubpost linked to above has links to further online examples from the sequence.


Two more sonnets from Bad Idea appear on International Times. They are LVII, which is about Bo (Boris Johnson) and his ‘vision’ of the world, and LVIII, which features the various carves-up of the nation pending if Bo takes us out of the EU. Idea appears in each poem, as its muse.
You may read the two poems HERE: http://internationaltimes.it/idea/


Another 5 poems from Bad Idea may be found here: https://robertsheppard.blogspot.com/2020/04/five-more-poems-from-bad-idea-published.html


I am currently working on the sequel to Bad Idea, Idea’s Mirror, and these sonnets are being posted temporarily, one at a time, on this blog. If you look, you’ll find them. This post explains. The larger sonnet project is entitled The English Strain.
Thanks to Rupert Loydell, who has a new online publication from facqueuesol books:

Posted by Robert Sheppard at 12:31 pm