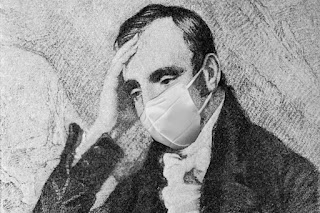 I am delighted to reveal that two poems from ‘Poems of National Independence’ (in British Standards, book three of ‘the English Strain’ project) have been published with customary alacrity by International Times (with a splendid lockdown image by Claire Palmer, above, who has illustrated some of my previous appearances on this august site). Here they are:

Here's the first of the two poems read by me:


That's the second poem read by me.

the abject position of the contemporary poet now,
according to the press, and even some bards;
we must soothe and smooth the national mood,

are quite heartfelt; I hate all the talk about how we should turn to the salving power of poetry to uplift us in such demanding times (though I do understand the need to escape the ‘new normal’, which I take to be a different, and possibly more critical, strategy). 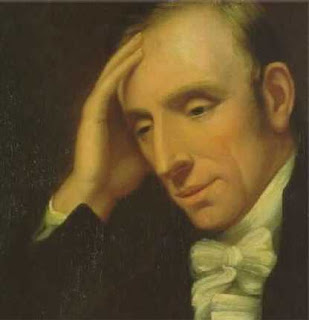 It’s an accident that I’ve hit Wordsworth’s 250th birthday year and month with the first part of British Standards. I saw lockdown Grasmere on the local TV on his actual birthday: there was some surmise that he would have liked it as quiet as the town seemed. It was dead! I reckon Wordsworth would have liked a little more rural ‘industry’, as he might have put it. I have just read Jonathan Bate’s new biography Radical Wordsworth (I’ve finished re-reading The Prelude and the Wu biography of Hazlitt, and some of Hazlitt’s fine essays) and it’s a user-friendly account of the best part of Wordsworth’s career and life. He writes about the sonnets I have transposed quite a lot, particularly because they came about at a crucial period in Wordsworth’s life, 1802-3, during the Peace of Amiens, that allowed him (a bit like Bo) to visit his ‘other’ ‘French’ family. Read more about the sequence here:

The ‘English Strain’ project moves on in Book Three. I’ve documented my progress in detail. There are two comprehensive posts to check out, with links to other online poems, one that looks at Book One, The English Strain here , and another at Book Two, Bad Idea here . The final part of Bad Idea is called ‘Idea’s Mirror’, and that’s described here:

You may read the two poems from Bad Idea on International Times here: http://internationaltimes.it/idea/