Trump and his appearances in The English Strain project (with videos)

I have just tweeted to Donald J. Trump: LOSER! I SHALL MISS YOU & THE RIDICULOUS CLOWN YOU’VE PLAYED IN MY SONNET SEQUENCES THE ENGLISH STRAIN

and then I re-directed him (time on his tiny hands?) to this blogpost. I hope you have found it too. I know he’s a cruel autocratic narcissist, but Bo (who is but a school play version of Trump, less King Zog and more Pere Ubu) and all the rest of them have to be richly comic figures in my growing satiric mode (soon to be curtailed in favour of my signature ‘inaccessible’ ‘experimentalism’, I assure you, though I’m still joking there, of course, maybe). Although Byron didn’t sonnetise, I’m drawing closer to my inner Don Juan as I go. 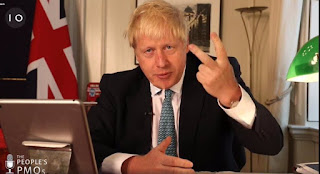 Trump appears throughout ‘The English Strain’, in all three books (see links at the end of this post for a full mapping of the project). You’ll find him in a part of book one, published so far, Hap: Understudies of Thomas Wyatt’s Petrarch, (see here for Hap:

) but he’s also in the follow-up transpositions of the Earl of Surrey’s sonnets. I write about this ‘Trump’ one here:

and you can go straight to the poem as it appeared in International Times here: http://internationaltimes.it/direct-rule-in-peace-with-foul-desire

And I’ve read it this morning, for you,  on a minute video, though it has sunk (like Trump?) to the bottom of this post!

That poem is an interesting example regarding my ‘transposition’ method; you can read the Earl of Surrey’s sonnet first, followed by my sonnet, on the IT site.

A nice run of the second book, Bad Idea, also appears on International Times here, and the third poem is about Trump’s unstate(ly) visit to London. 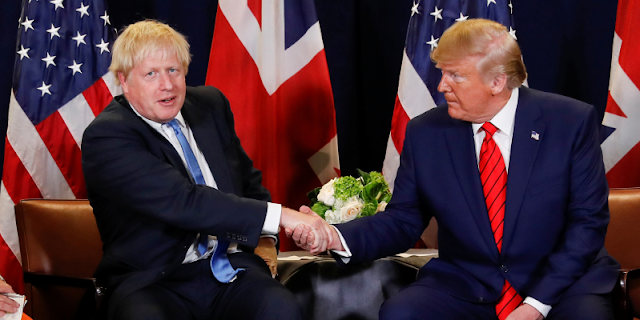 It was a bit wordy, so I’ve cut it down for the Knives Forks and Spoons book (due early 2021). Here’s the revised text, and I read it on video too.
Bad Idea XLVII


Proud of his Tweets, Trump’s
dumb thumbs pad school bully wit.
So long as there’s credit on his phone
there are MAGA crowds to welcome him to London.
Protest? Paid actors acting out sad acts (like
Henslowe’s men mincing my eternal lost lines)!
Tory pretenders tumble like clowns.
With no shouts or claps at every pause
between his stumbled words, he sits
scowling at empty applause. He will enter
this moment, buy transnational space
within ‘our’ national places.
(The anthology misprints my chosen verb ‘eternize’.
A new word enternizes the world as I enter you!)

He appears in book three too, in my ‘overdub’ of Shelley’s ‘Ozymandias’, to be published in Tears in the Fence in 2021. I write about that here:

It has to be said, he is less present in British Standards as book three will probably be called. Maybe that’s as should be. Even this week I wondered whether to refer to the way he manipulates his ‘fans’, when I ended the latest version of a John Keats transposition with these words: “In these times, I think of Bertrand Russell’s summary of the ethics in Stefan Themerson’s writing: ‘The world contains too many people believing too many things, and it may be that the ultimate wisdom is contained in the precept that the less we believe, the less harm we shall do.’”

I think I’ll let that ‘In these times’ speak both generally and specifically to our historical instance. On the other hand, will I be able to resist the Mayor of Philly’s comment that Trump should put on his big boy pants? Donald, where’s your big boy troosers? Or, as I say in one of my poems: ‘Trump’s bitter fruit hangs like fake outsider art/ on the wailing wall of his mirrored pout,’ which I remember Charles Bernstein rather liking. The poem it’s from, ‘Huge Power and Sinful Sleep’, is dedicated to him. Charles, that is.

He does appear on a later poem in 'The English Strain', too, and I write about that here.

On this blog, I’ve documented ‘The English Strain’ as work has progressed. Here are two comprehensive posts to check out, one that looks at Book One, The English Strain here and another at Book Two, Bad Idea here .

Book Three (still in progress) is referred to, section by section, starting with these: For ‘Poems of National Independence’, see: https://robertsheppard.blogspot.com/2020/03/the-last-of-my-wordsworth-versions-in.html

Lately, I've turned to Keats. I had some trouble getting going; you can read about my struggle (!) here: http://robertsheppard.blogspot.com/2020/09/an-overdub-understudy-version-of-keats.html

Posted by Robert Sheppard at 11:35 am