In Lieu of a Lowry Lounge 2020: Remaking the Voyage a book of essays

There is no ‘Lowry Lounge’ this year and I have been celebrating the Day of the Dead, upon which Malcolm Lowry’s Under the Volcano was set, by reading the new essay volume on his work Remaking the Voyage, edited by Helen Tookey and Bryan Biggs (two major Firminists).

You can read more about it (and buy it) here: https://www.liverpooluniversitypress.co.uk/books/id/53836/ 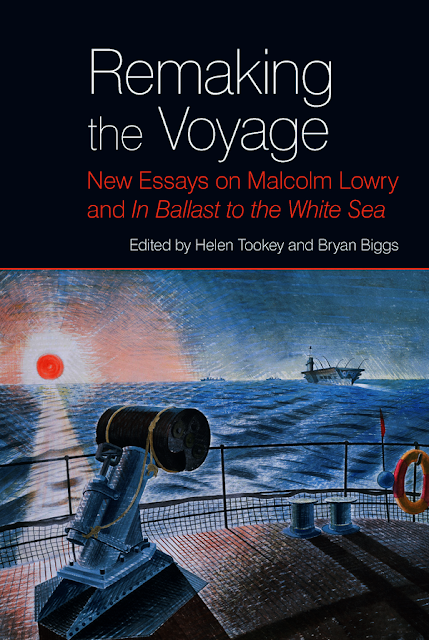 These essays are focussed on the ‘lost’ novel In Ballast to the White Sea. Like so many things that are declared ‘lost’, like Scott Walker or late Marcel Duchamp, the manuscript was hiding in plain sight (he left a copy with his mother in law, no jokes please). Now published, this unfinished novel of the 1930s has some marvellous scenes that are tackled here. Cian Quayle has done the walk around Liverpool that I’ve wanted to do, following the route through the centre of the city that the characters take. (Having not seen the centre of Liverpool since 11th March, I want to do this walk even more now!) Most of the essays are hard-core academic pieces and there are works by Lowry scholars Pat McCarthy, Chris Ackerley, Sherril Grace and others, and newcomers to Lowry, like my friend Christopher Madden. I haven’t read much of it, but I can test a decent academic work when I weigh one in my hands, after years in the business, as it were. I look forward to reading it (it arrived on Friday, you see, and I’ve still got Caleb Williams to finish).

In 2018 (last year I missed the events) I posted an account of the Lowry ‘open mic’ which was a successful feature of the day, and I also added links to previous years’ celebrations, which I will repeat here (along with two non-November Lowry posts that I’d like to draw attention to). There’s a video of John Hyatt’s piece as well. 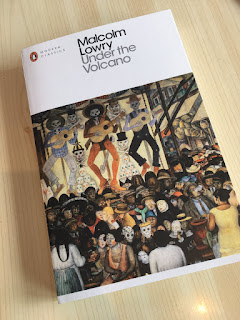 The first lounge was held in 2009, and celebrated the publication of the first volume edited by Helen Tookey and Bryan Biggs, From Mersey to the Sea:

This was a book I was in, with a piece about walking to Lowry’s grave, a semi-psychogeographical trek that I undertook in 1979, which I re-traced through my notes (I was thinking of the way Lowry’s Dark as the Grave… stalks Under the Volcano). Here’s a post marking my realisation that the walk in 1979 was undertaken exactly 40 years ago. Here’s that one:

I became very interested in the work of Lowry’s single disciple, David Markson, whose own late novels seem to be masterpieces of post-modernism. I read some of his work at the 2012 Lounge. (Another year, I remember, I read from Lowry’s mentor, Conrad Aiken’s Unshant.)

One of my big contributions to the celebrations was getting Iain Sinclair to talk about Lowry and I documented that year’s event at Bluecoat in some detail. By that time I’d written my book on Sinclair, during the writing of which I’d wondered inconclusively whether Sinclair was influenced by Lowry. (If you are to follow any one of these links, I’d recommend this one first. Lots of photos.)

My accounts are not systematic; there are some years missing. So let's jump to 2016:

2017 included the conference upon which Remaking the Voyage is based. I was in attendance (I didn’t present: I am not a scholar of Lowry, and don’t wish to be.) Shirrell Grace’s paper also introduced me to the novels of Timothy Findley (a great fan of Lowry’s who left no traces of his fandom as that elusive ghost 'influence'!). I read his Headhunters after the conference and was astounded: The Heart of Darkness translated to Toronto.

That conference was the last time most of us met the pioneer Lowry scholar (and perfect Belgian gent) Vik Doyen. It is good to see that he is remembered in an afterword. I remember him here (and our special ‘Belgian’ link):

I have no doubt there will be more events to come, though it becomes difficult to know what else there is left to ‘cover’, as they. And whatever we do, it must lead us back to these difficult, desperate, writings. 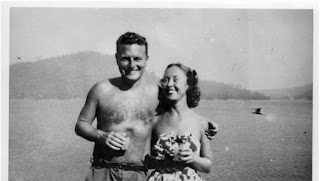 Posted by Robert Sheppard at 2:30 am