ON THIS DAY 2020, as coronavirus took hold (indeed, was at its first peak) and what we thought of as THE lockdown unfolded, I wrote my response to it as one of my ‘14 Standards’ using selected Romantic sonnets (writing them deliberately out of order than the way they will eventually appear).  It was then published on the Poetry and Covid website, here: Six Poems (poetryandcovid.com)

But here’s the poem again, in case you missed it. It is a transposition of the poem named in its title. 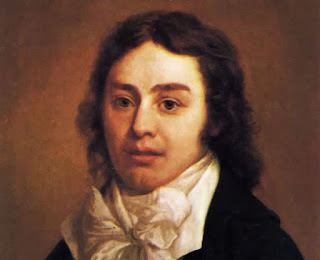 To a Friend, Who Asked How I Felt, When the Nurse
First Presented My Infant to Me by Samuel Taylor Coleridge 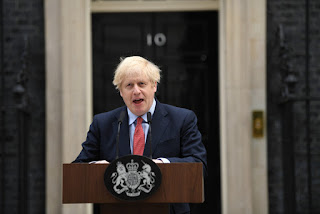 I have recently (early April) answered a questionnaire about the Poetry and Covid AHRC project that provided the website. I commented on it thus:

It has surprised me by the way it just keeps continuing on and on. There is something there, on the site, every day and, although I don't read it all, I re-Tweet about it, since I feel it must be important. For myself, I was writing a particular project, 'The English Strain', whose book two (now published as BAD IDEA) was an exploration of the madness of Brexit, through the sonnets of Michael Drayton. Book three (British Standards) followed on, making parodic (but not just parodic) versions of sonnets by Romantic sonnets. The hubris of Brexit hit the disaster of Covid head on: while Boris Johnson fiddled the National Anthem the country was burning. Naturally, the poems followed, out of necessity. It didn't choose to write Covid poems. At the time of writing, it is slightly horrifying to realise that I wrote the poems you published (six!) about a year ago. You caught me investigating the first, fatally-delayed, lockdown. I never expected these poems to make me feel better. I am sceptical of therapeutic aspects of art, since I believe that the openness of aesthetic engagement must be open to the possibility that art is bad for us (though I recognise that our pretending that it is a fiction is part of the defence against its possible ill-effects). I don't write to make myself feel better about anything; but I don't write to make anybody deliberately feel bad. After all, I hope these poems - relatively straight-forward by my usual avant-garde standards - are funny. Humour is on the whole good for you.

As I say, this poem comes from the ’14 Standards’ part of British Standards, which you can read about here:

You may read about the first book and second book here. Indeed, you may now buy them.