Sophie Poppmeier’s poetry publications are Book One (2002), Book Two (2003), Book Three (2013) and Book Four (2015). Her theoretical ‘memoir’ of her years as a burlesque artiste in Vienna, Minnie Minerva’s Book of Marvels is forthcoming.

Poppmeier was born in Salzburg, Austria, in 1981, and has lived in Vienna (below) and Bratislava, but currently resides in Berlin, where she runs performance and writing workshops.She is a member of the EUOIA: The European Union of Imaginary Authors, an invention of Rene Van Valckenborch. Her 'Book Poem 3' may be read here. 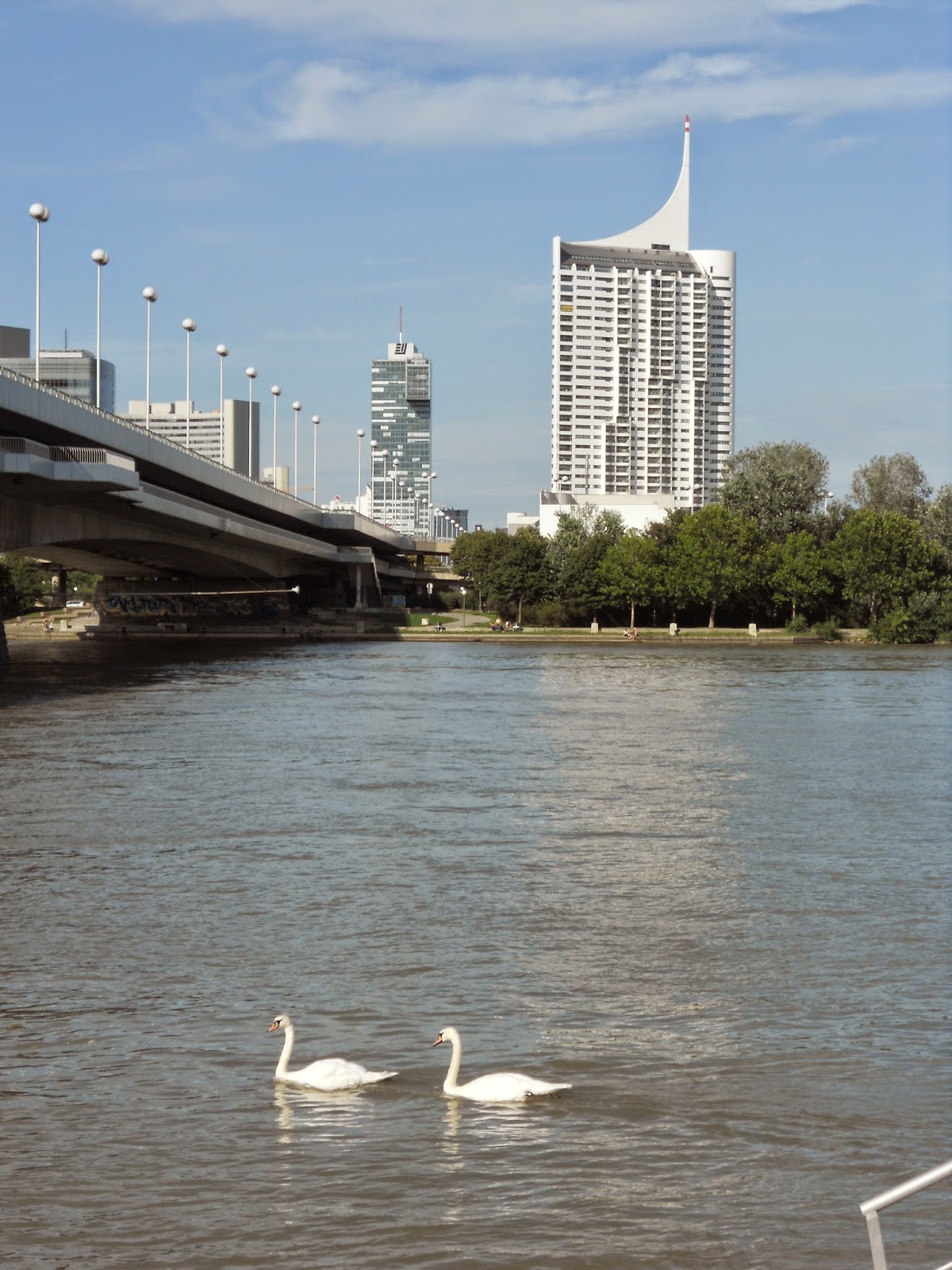 Nearly all of her poems are in her famous four line stanza, in which she plays off regularity against irregularity, long against short, a poesis that she sometimes jokingly compares to the balance and teasing poise of the burlesque artiste, and sometimes to the bodily constraint and ironic performative freedom of corsetry. Masks, disguises and partial disclosures abound in her work. But she has quoted Freiderike Mayröcker:  ‘flesh of the poem, the/ torments severe, I vanish in the/ line-break’; the world ‘snuggles gently up to the/ line-knee’. Poppmeier’s habit of nearly always entitling her poems Book X Poem Y is another trademark. Critics have called this a gimmick, but the presentational austerity is an answer to the ‘problem’ of titles (a problem she does not seem to have encountered as a performance artist, but it may well be in reaction to the need to define, fix and advertise an ‘act’ for a ‘show’ to dispense with such ‘labels’ as she calls them).

Book Two, published very soon (too soon, critics aver) after Book One, is the exception. Here she (temporarily) abandoned her titling system and the four line stanza. The book was largely an exploration of her work in burlesque (coming from the years of her first period of work in 2001-2006) and was slated, particularly by feminist critics, who dubbed her the ‘Whore of Babelfish’. A cooler look at the poems will indeed judge them to be inferior to the rest of her work, but the free-ranging and personal style (owing somewhat to the poems that Mayröcker was writing at the time) does have its defenders.

As a burlesque dancer she performed as Minnie Minerva (but occasionally as Polly or Poppy Polidori or – in Berlin – Angela Merkin). (See here.) Tall, with long black hair, her long nose, her heavily made-up eyes used to dramatic effect, she was an immediate and authoritative success (particularly with women). Her best early work includes the ‘Ute Lemper Trilogy’, a 15 minute piece combining the swirling silk sea waves and bejewelled seashell bodice of ‘Little Water Song’; ‘Streets of Berlin’, a mimed drag-king boylesque; and ‘You Were Meant for Me’, in which she confronted the audience with ‘unbridled displays of female desire’ to quote a programme of the time. Her ‘Narcotango’ used the hypnotic grooves of Carlos Libedinsky’s new tango (‘Luz y Subi’, ‘Otra Luna’ and ‘Doble o nada’) for her neo-burlesque exploration of intoxication and trance. In contrast, the energetic, almost athletic, ‘Neveen’s Levee’, which featured the music of Salah Ragab and the Cairo Jazz Band, involved a reverse dressing routine and Oriental dance (and play on the letter ‘e’). ‘Madame Mallarmé’s Fan Dance’, featuring Debussy’s ‘Poisson d’or’ from Images (Set Two), was the most literary (and least appreciated) of her acts. (See videos of these musics here.)

Perhaps in reaction to the criticism of the second book, she gave up poetry and burlesque (on the brink of considerable success following her performance at the Berlin Burlesque Festival), but the truth may be less dramatic, since these were the years she studied Art History in Vienna, gaining a PhD in 2010 – she herself has talked of ‘collecting experiences’ in those years – and it is not clear that she didn’t continue writing (while not publishing) and teaching and theorising burlesque (but not performing, although she is rumoured to have ventured out under cover of several of her alter-egos when impecunious). Her book, despite its engaging title, is reputedly a theoretical defence of the art of neo-burlesque, and has been compared, by Jason Argleton, as analogous to, yet superior to, de Campos’ work on bossa nova. In it, she reportedly argues that neo-burlesque is an enabling and safe but public way of exploring and asserting various conflicting models of female body-awareness (not just beauty) and female fantasy and sexuality (auto-, homo-, hetero- and trans-), and draws on her experience of facilitating workshops for differently-abled and neurologically atypical people and running the annual pan-European Ugly Bug’s Burlesque in Bratislava. As she explained on the Feathers and Glitter website: ‘This is what we have to do, those of us with nineteenth century bodies in the twenty-first, to turn the ordinary mousy split-end prose of life into the extraordinary shiny jet fringed poetry of power!’

Book Three was judged a mature book when it appeared in 2013. The earlier wide-eyed excitement (remember the febrile desire for ‘my chants to change my life’ in her first poem) has given way to an aesthetic and political sensibility reacting to a more disordered political reality, more desperate to be sure, but more exciting perhaps for the reader. In some ways she turns to the political side of Bachman rather than to Mayröcker, her first love in contemporary Austrian poetry. The German poet Karla Schaffer, nine years her senior, has had some influence upon her work and life.

Book Four (due later this year) is widely anticipated [not least of all by me, because I’ll have to write it]. Minnie Minerva’s Book of Marvels remains ‘forthcoming’ as it has for 5 years. So does her much-anticipated return to the stage.

At the age of 34, in 2015, her work began to be translated into English by the young British poet Jason Argleton, although René Van Valckenborch seems to have presented her first, claiming even to have invented her, at the end of 'his' book A Translated Man, which is still available.