A version of Keats' poem on Leigh Hunt's release from prison: Bo is committed to prison (counterfactual poem)

I’m thinking of calling the new poems ‘Weird Syrup: contrafacts and counterfactuals from Keats’, and 'Written on the Day that Mr Bo was Committed to Prison' is a counterfactual (though possibly predictive?): the arrest of Bo on charges of being a liar. It’s a version of Keats’ ‘Written on the Day that Mr Leigh Hunt Left Prison’, and I resisted a serious poem on actual political prisoners (in Belarus, for example) and reversed the polarities of the original. I utilise some of Hunt’s offending words which landed him in prison as a political journalist. So, Bo shares one profession with Hunt; another with the Prince Regent. Brandon Lewis, of course, said: "Yes, this does break international law in a very specific and limited way". We have a government of brazen outlaws. No, I’ll save that thought for another experiment. Oh yes, I find the increased use of the phrase ‘the 4 nations of the United Kingdom' galling. I can actually only count 3. Surely Northern Ireland is not a nation, either for Unionists (obviously) or Republicans (even more obviously). I've removed the poem now, but I thought I'd leave this manic phot and the new contrafactual Government slogan. 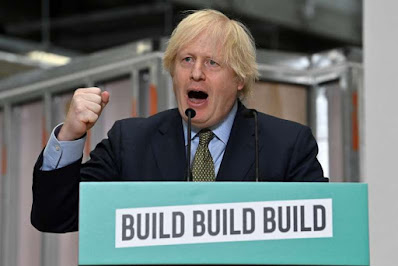 Three poems from Weird Syrup: Overdubs of sonnets from John Keats and ‘Sheppard's lively readings of them’ on video, as they are described there, appear on Parmenar. Read them and hear them here: