My project ‘The English Strain’ has progressed through to its third book, but only Books One and Two are complete, and, indeed, will be published soon.

I’m pleased to announce that four more of the poems from book two, BAD IDEA, have been published by Andy Taylor in his online magazine M58. Although visual poetries are a speciality for this magazine, it also carries fair amount of lexical poetry, such as these of mine. Read the poems here: https://www.m58.co.uk/post/630041255274004480/four-from-robert-sheppard

I write about Book Two, Bad Idea here . (The final part of Bad Idea called ‘Idea’s Mirror’ is described here: https://robertsheppard.blogspot.com/2019/12/my-last-ideas-mirror-post-election-poem.html ) These links will point you towards other online excerpts from Bad Idea and details about its writing. Do read more. 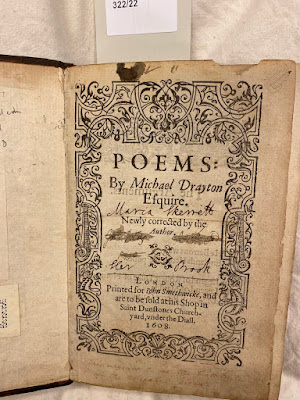 In short, it is worth pointing out that Bad Idea are transpositions of sonnets from Michael Drayton’s 1619 sonnet sequence Idea (Idea is the woman addressed in the poems, like Petrarch’s Laura.) The poems take a head on approach to the follies of Brexit. (No wonder I’m still at work on Book Three!)

In poem 13 here, I deal with the very issue of transposition (‘scribbling over’) as I call it. Poem 17 is a meditation on Time, transposed to be about the Brexit timetable. Poem 18 was a problematic poem (I mean Drayton’s original was, because it was a poem about … numbers!) In poem 20 the person ‘Rut’ appears from other poems, where he is identified as a Tory MP and sexual predator, whose identity was (still is?) unknown. All four are quite difficult poems, not the most obvious in the sequence, and deserve their platform together.  Here's Poem 17, read by me.

I am delighted to say that Book Two is due for publication soon, Bad Idea from Knives Forks and Spoons. Here’s an early draft of the cover, constructed by Patricia Farrell. 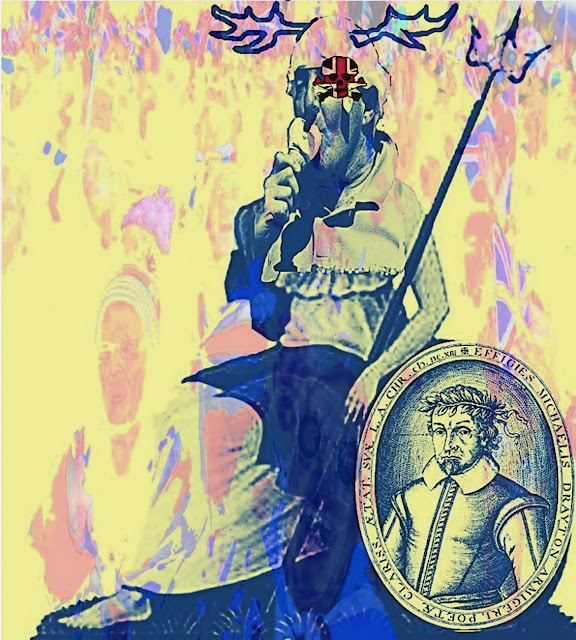 Here is a comprehensive post on the sequences that constitute Book One, The English Strain here .