Rene Van Valckenborch (see here for his credentials: https://euoia.weebly.com/rene-van-valckenborch.html) talks to Robert Sheppard, as part of an occasional series of interviews, conducted when he turns up 'out of nowhere', like Bob McCorkle in Peter Carey's My Life as a Fake on my doorstep. (Thank God I'm not allowed to invite him in, thinks Sheppard.) 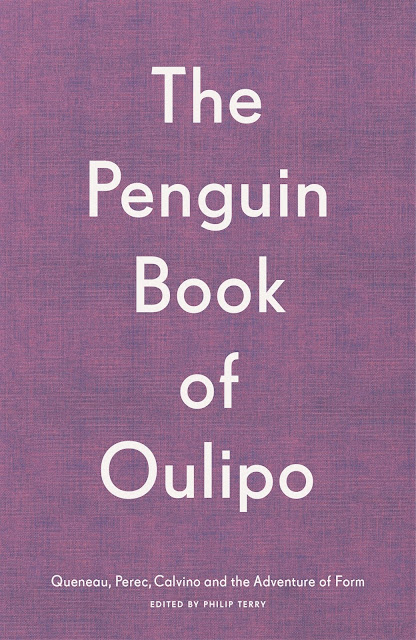 VV: I’m pleased to announce that I have some of my quennets published in The Penguin Book of Oulipo. https://www.waterstones.com/book/the-penguin-book-of-oulipo/philip-terry/9780241378427

RS: That’s great news! That means I’ve got some poems in there too!

VV: Well, not quite. They only appear under my name.

RS: What!? I invented you. You’re a fictional poet like Alvaro De Campos or Simon Armitage!

VV: Well, that’s what they appear as in the book. Me and Perec and Roubaud. We’re like that! (Intimates his fingers on big stubby hand.)

RS: But it was part of my fictional poets project. You were part one … https://robertsheppard.blogspot.com/2018/07/celebrate-belgiums-independence-day.html

VV: … and inventor of part two, ‘the co-created fictional poets of the European Union of Imaginary Authors (EUOIA)’. https://euoia.weebly.com/ That’s what it says in Twitters for a Lark … https://robertsheppard.blogspot.com/2017/11/robert-sheppard-with-others-twitters.html

RS: But the project is mine, and all your poems are mine. Everybody knows that!

VV: The readers of the Penguin Book won’t! (Chuckles.)

RS: I remember now. Philip Terry phoned me and said that he wanted to publish your, my, quennets in the book, and he thought it would be funny to publish them under your name. I suppose that makes you the clinamen of the collection.

VV: Quite! So you agreed then?

RS: In a way, yes. Of course, I’m delighted. But I doubt whether he thought he’d conjured you up from the mists of time, like a bad dream. Do you still drink that de Koninck mud-water?

VV: It’s revenge, my revenge. Because you and Philip Terry decided to write those antonymic translations of my quennets. You don’t know how negative that felt!

RS: It was one of the highlights of Twitters for a Lark: https://robertsheppard.blogspot.com/2018/04/twitters-for-lark-launch-at-bangor.html

VV: I noticed you read them together. 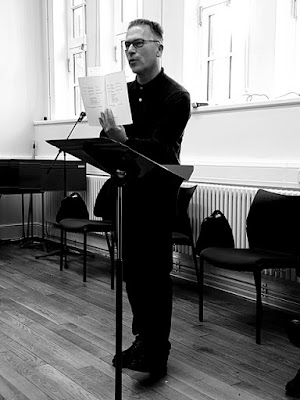 RS: I also read the original quennets (the ones in the anthology) at the Bluecoat and performed them as a poetry reading-mime within an invisible cube. Quite a novel act-event.

VV: So you ripped off Marcel Marceau as well as me, then? AND, don’t forget, you appeared as me at the North Wales Poetry Festival, didn’t you?

RS: (Bashful.) As an Englishman, I couldn’t possibly comment on that circumstance.  (See ttps://robertsheppard.blogspot.com/2013/12/reflections-on-translated-man-last.html )

VV: It's my name on the poster, not yours. Now, at last, I’m vindicated with this, possibly my most out-there appearance to date. I feel myself stirring, if you’ll pardon the expression...

RS: (Carefully) Where did you go, then? There was a rumour you were writing in German.

VV: Ha! That title The Salad in the Wardrobe was a joke, dummy.

RS: Good to hear it. But don’t get any ideas. Talking about coming back won’t get you into part three.

VV: Oh, there’s a part three planned, is there? How do you want me, darling? Flemish or Walloon?

RS: Cease your waffle, Belgian. I might work on Sophie Poppmeier, give her a little more reality. I might get her to collaborate with a mannequin. (See here for her elaborate biography: https://euoia.weebly.com/sophie-poppmeier-1981--austria.html )

VV: I made her up too, though, remember?

RS: I said you did, though I cooked up her burlesque performances. On the other hand, I might include my new work on the talking mongoose of the Isle of Man. Or Ern Malley, even, now I’ve been singing in the Ern Malley Orchestra. http://robertsheppard.blogspot.com/2018/03/ern-malley-1918-1943-celebrating_14.html

VV: But Malley’s a fake!

RS: So are you. Didn’t you recently tweet, ‘It’s not my death I’ve faked, but my whole life’?

VV: Yes. I was feeling bad that day. Veerle Baertens won’t answer my letters, emails or Tweets. But the arrival of The Penguin Book cheered me up no end. It meant, poetry-wise, at least, that I am Somebody. 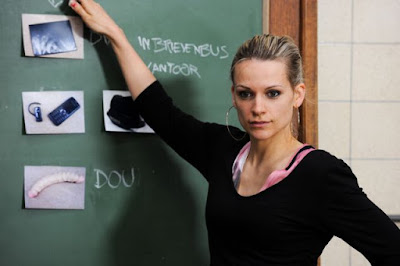 VV: Hello? Are you still there?

RS: You mean, you’ve been writing to Veerle Baetens? Again? 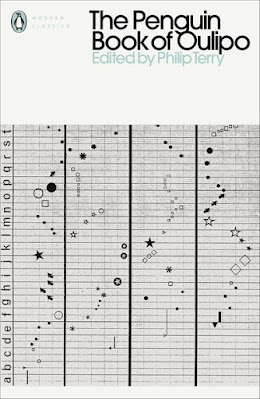 The Penguin Book has just arrived this afternoon, a big fat book, with lots of Oulipean standards (Queneau, Perec, Roubaud, Mathews), but also lots of precursors (such as Stefan Themerson, for whom I have advocated) and post-Oulipeans, such as Tom Jenks (ditto). There is a helpful and alphabetical introduction by Philip Terry. The paperback is out in November.


See here for my earliest encounter – one might say, pre-encounter – with the Oulipo: https://robertsheppard.blogspot.com/2011/07/innovative-sonnet-sequence-eight-of-14.html

and here for my co-presence with Jacques Roubaud in Translating Petrarch’s Poetry , my article on writing my 'Oulipean' Petrarch 3. Here: https://robertsheppard.blogspot.com/2020/09/practice-led-piece-on-petrarch-3-from.html .

Posted by Robert Sheppard at 4:44 pm