A lo-fi lockdown videopoem: An overdub of John Clare's sonnet 'What a night!' posted as part of Writers Kingston Online

Since January 2020 I have been able to upload short videos ‘taken’, as they used to say, on my laptop. For example, I read a poem from the book Bad Idea to celebrate its launch (particularly poignant given the zero chance of a live launch) Here:  Pages: BAD IDEA (versions of Michael Drayton's Idea) available now from KFS (robertsheppard.blogspot.com) You can see it’s a straight reading, though I flap the book in front of the camera to show the book’s existence (and its cover, by Patricia Farrell). Similarly, I read the final two ‘Empty Diary’ poems, experimenting a little by standing up and using my collaged walls as a part of the backdrop (it includes the cover of the Stride Empty Diaries). See here: Pages: Robert Sheppard: The last two Empty Diary poems are published on Stride .

Mostly, I have been using this facility to accompany my temporary posting of my poems from British Standards (the book that follows Bad Idea), as I write them. It is part of the periodicity and writing of the poems (or their drafts). They are usually speedily-done head and shoulder Zoom poses, although, during the writing of my versions of Keats, I made a point of using Keats’ life mask as a Greek mask. One of those videos survives online. Again, it is the draft of the final (or still to be developed) poem. Here:  Pages: an overdub, an understudy, a version, of Keat’s most famous sonnet (and then a further version) (robertsheppard.blogspot.com)

When Steven Fowler of Kingston University and the Enemies project asked for video-poems (but emphasising that they could be as rudimentary as they needed to be) I sent him my copy of one of my recent unthreadings of John Clare, ‘What a night’, where I experimented (or accidentalised, is probably more truthful) with the window and its glare, and put myself on the edge of the frame. 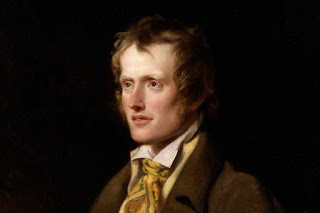 ‘A lockdown poem: An overdub of John Clare's sonnet 'What a night!' A brilliant new film poem’ – the site says – ‘published as part of Writers Kingston Online - a program of new films and video performances commissioned to stand in lieu of a live events program negated by the global lockdown of early 2021.’

Visit and re-visit here as the collection grows: www.writerskingston.com/online

For a reason Steve can't ascertain, these video-poems have disappeared from You Tube. He is trying to get them reinstated. However, you can see mine at the bottom, posted here!

I write about Steven and collaboration and short videos in these excerpts from a long strand on collaboration: Part five is about his 'Enemies' collaborative project, in general, and my small part in some of them (again with videos). It may be accessed here. Part nine contains some thoughts on SJ Fowler’s Nemeses: Selected Collaborations of SJ Fowler, 2014-2019. HTVN Press, 2019 : here: https://robertsheppard.blogspot.com/2020/04/robert-sheppard-thoughts-on.html
Part 10 is an account of Fowler’s poetics of collaboration. Here:
https://robertsheppard.blogspot.com/2020/04/robert-sheppard-thoughts-on_3.html
Part 11 is an account of Fowler's collaboration with Camilla Nelson (as it reads on the page), here. And Part 12 continues to analyse this, but it takes account of the extraordinary dynamics of its 'Enemies' performance (which was filmed; all these events are filmed; hence Steven’s lockdown itchy fingers), here.

Posted by Robert Sheppard at 5:43 pm