The Poem ‘Adversarial Stoppage’ from FLIGHT RISK is published in Mercurius

I was asked to provide an author-statement, which I found quite difficult to do, because I’m happily not quite sure what’s going on in the text (and in others from the same sequence). I said, ‘This poem operates as a linguistic eye scanning the images that the world offers and which it refuses to read sensibly or realistically. It is a kind of squinting, although sometimes the world is just plain weird. It isn’t difficult, if you don’t look for difficulties.’ Really, it’s a guide to reading a poem that I’m assuming a reader would have trouble with.

The poem is dedicated to S.J. Fowler, and it is not incidental that last year I reviewed his book of collaborations, Nemeses (See here: Pages: Robert Sheppard: Thoughts on Collaboration 9: Nemeses: Selected Collaborations of SJ Fowler, 2014-2019 (+ review on Stide)

‘Adversarial Stoppage’ is part of a longer manuscript of similar poems – oblique, teasing, transactional, in 4 line stanzas – that I have been writing over the last few years (by a slow method quite different from, and somewhat obscured by, the ‘transpositions’ of ‘The English Strain’ project: see here: Pages: Transpositions of Hartley Coleridge: the end of British Standards (and of The English Strain project) (robertsheppard.blogspot.com)

Companion poems (I mean, poems from the same cluster) include a long six part poem (or is it a long poem, even a series of these 4 line stanza poems?) ‘The Accordion Book’ that appears in the second issue of the vital magazine edited by Colin Herd, Adjacent Pineapple. My poem, here;

‘The Accordion Book’ is a long and deliberately involuted poem, in six parts, dealing with perception, art and (in places) cognitive extension…. The first four also appear in The Robert Sheppard Companion. See here. 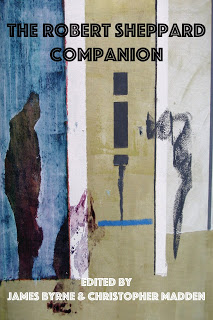 The 23rd issue of Blackbox Manifold carries two more poems from Flight Risk, ‘Hammer Glow’ and ‘The Listening Table’, and you can go straight to them here. http://www.manifold.group.shef.ac.uk/

I’m very pleased that the title poem, ‘Flight Risk’ is now published on MIRAonline, that is, the online version of The Mechanics’ Institute Review. You may read it here, and watch me read the first twenty lines here: FLIGHT RISK by Robert Sheppard – MIR Online

(I blog about it separately, here: Pages: Robert Sheppard: A new poem 'Flight Risk' published today on MIRAonline , though I don’t say anything there that I haven’t above!)

Patricia Farrell now (24 May) has some work in the same serial feature:

A Selection of the Poetry of Patricia Farrell — Mercurius

Patricia Farrell is a poet and visual artist. Her most recent publication is High Cut: My Model of No Criteria (Leafe Press). Her collection Logic for Little Girls is forthcoming from Knives Forks and Spoons.

Posted by Robert Sheppard at 11:34 am