No need for a fourth book of The English Strain, I've decided

Pages: Should I write a fourth ‘book’ of The English Strain project? (robertsheppard.blogspot.com) In that post I tasked myself with writing a fourth book of my ‘English Strain’ project. In this post I shall explain why I don’t think I will be doing that! 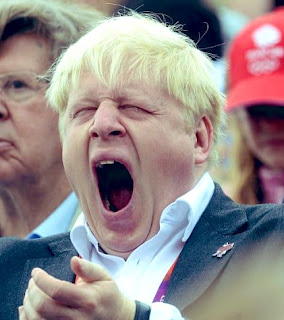 Bo bored with The English Strain

I have immersed myself in the poetry of the 1890s, and in the period (via Ellman’s biography of Oscar Wilde, which I have been meaning to read since 1992, when Patricia bought the book). The poetry is not exceptional, though fascinating (I studied it at UEA on the Baudelaire to Eliot module with George Hyde) and I believe that the single one I have written, an overdub of a Gerard Manley Hopkins poem of 1889, is sound. I spent some time looking at candidates, from Scouser Richard le Gallienne to Arthur Symons, to get the sickly flavour of that yellow decade and its decadence. The enervation was attractive and appropriate to our political realities in all sorts of ways. (Johnson is as careless and profligate as Wilde, it struck me.) The Hopkins was chosen as a kind of introduction to the decade. 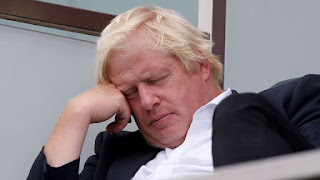 http://www.sonnets.org/victoria.htm might have helped with finding other poems to overdub or transpose. The Penguin Poetry of the Nineties anthology (I have had the first edition since 1974, but now have the 1997 second edition, with more women poets and Wilde) would have been central.

But (with Patricia now back at Blue Room) I thought I’d leap in (only 3 days after waking up with the thought of this next book!). I identified 3 poets not in the Penguin anthology who seemed precursors to the real decadents (about whom I’d listened to on a ‘In Our Time’ programme the previous Thursday); there were to be Hopkins, Swinburne, and (most obviously) Wilde. I only got as far as the Hopkins. Here’s the original, one of his last poems and probably the only one of his with somebody having a shit in it! (Of course, you can be assured that my poem took that into account). I also re-read Will Daunt’s book on Hopkins in Lancashire, which came out of some MA work that that fine poet (Daunt I mean) did with me at Edge Hill: Daunt, Will. Gerard Manley Hopkins: The Lydiate Connections. Ormskirk: Ormskirk Imprint, 2019.

The shepherd's brow, fronting forked lightning, owns
The horror and the havoc and the glory
Of it. Angels fall, they are towers, from heaven—a story
Of just, majestical, and giant groans.
But man—we, scaffold of score brittle bones;
Who breathe, from groundlong babyhood to hoary
Age gasp; whose breath is our memento mori—
What bass is our viol for tragic tones?
He! Hand to mouth he lives, and voids with shame;
And, blazoned in however bold the name,
Man Jack the man is, just; his mate a hussy.
And I that die these deaths, that feed this flame,
That … in smooth spoons spy life’s masque mirrored: tame
My tempests there, my fire and fever fussy.

[Note: My version of this poem is now published online by the International Times, and may be read here: https://internationaltimes.it/the-shepherds-brow-fronting-forked-lightning/ ]

The jump from the 1840s to the 1880s is a incongruous one, if I only write this one and place it at the end of British Standards, which is what I currently plan to do. The poem itself foresees the demise of Bo – now openly called Johnson, the shine rubbed off – with the final ‘knife … in whose hand’? (My money’s on Sunak, though I’d like to see the whole avaricious crew go down.)

I enjoyed writing this poem (which you will forgive me for having posted on this blog for only a few days), enjoying my ‘overdub’ method, but I need to ‘end my solo before I’m done’ (as I often quote Miles). (The method could be used to unwrite New Lines (see Pages: A Fictional Poet's Notebook (part 10) (robertsheppard.blogspot.com); I might do that, a totally different project!)).

A fourth book of ‘The English Strain’ project? While my poetics often thinks about the reader (though I gesture towards ‘readers’ as the actual plural users of the text) I seldom think about readers as ‘consumers’ in the ‘poetry’ market, as people buying books with limited resources, with ever-diminishing marginal propensities to consume (A Level economics coming back there). I doubt if readers would want to read a fourth book (a third might be pushing it!), and it might be politic to move on. Soon.

Despite liking ‘The shepherd’s brow’ by Hopkins, would not further production be in danger of being merely that, if I were to version some of the sonnets of the period? There are 31 in the 1997 Poetry of the 1890s: Wratislaw, Robinson, Nadeau, Douglas, Henley, Dowson, Johnson, Symons, Gray, etc.. None has – unequivocally – the ‘fruit fly’ quality that Queneau talked about (he had Mallarme, of course). In fact, only Symons interests me much (as I suggest here:  Pages: Should I write a fourth ‘book’ of The English Strain project? (robertsheppard.blogspot.com)). I possess a 1913 edition of his The Knave of Hearts, a copy once owned by Agnes Bedford, who I discovered (reading Peter Brooker’s book on the London Modernist avant garde) was a friend of either Olivia or Dorothy Shakespeare, Pound’s mother in law and his wife. She had written in pencil the original French of Symon’s translations of Verlaine. There’s something there, I think. (My Verlaine appears early in Book One: see here: Pages: Robert Sheppard: Petrarch 3 published a year ago  but also here, about the book whose cover appears next: Pages: Practice-Led piece on 'Petrarch 3' from The English Strain published in Translating Petrarch's Poetry (Legenda) (robertsheppard.blogspot.com)).

poem, ending the project at the end of book three, has been published in International Times, an appropriate venue for a finale of these political poems: ‘The final poem of British Standards, the third and final book of the ‘English Strain’ Project’, I announce before its subtitle: ‘Monitoring Adam Mickiewicz’ first Crimean Sonnet: The Ackerman Steppe’. Its actual title is ‘After-Shock’, the last of four ‘After’ poems at the end of the book. 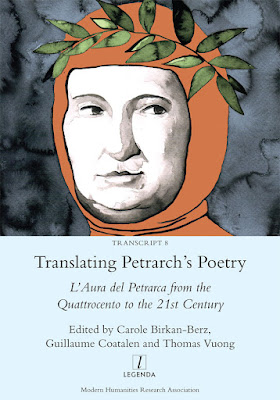 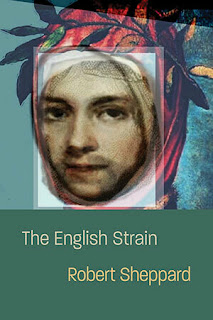 Read about the first two books (now both available); The English Strain here, which features sonnets from Petrarch (via the Symbolists) to EBB, and whose cover (by Patricia Farrell) presents a composite image of the transposed poets, contrasting with the single image of Petrarch above it! : http://robertsheppard.blogspot.com/2018/04/robert-sheppard-petrarch-sonnet-project.html 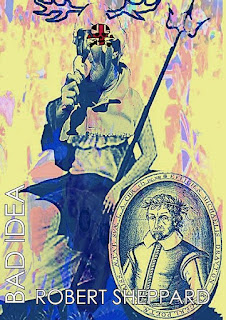 The POETICS of the sequence, may be accessed here: Shifting an Imaginary: Poetics in Anticipation – New Defences of Poetry (nclacommunity.org). This piece is currently planned for inclusion in British Standards.

Pages: Should I write a fourth ‘book’ of The English Strain project? (robertsheppard.blogspot.com) lays out some of the thinking about book four which I am now rejecting! 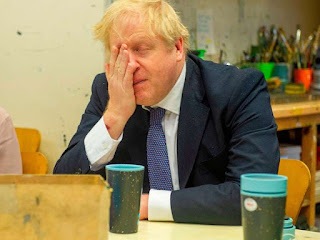 Bo bored with British Standards
In essence, two worries: that I might simply go into automatic 'production' mode, AND that the readership (such as it is) will be bored by 'more of the same'. The two are not unrelated.
Posted by Robert Sheppard at 11:03 am