Should I write a fourth ‘book’ of The English Strain project?

Should I write a fourth ‘book’ of The English Strain project? (I hear some groans!)

Should I let Bo(ris) get away with it? is another way of putting that question. Ending the English Strain project seemed – still seems – a good idea, at the point that Global Britain failed its first test by withdrawing from Afghanistan (not by choice, but because it was following the US). Bo is so much weaker than he was, less a figure of fun and more a principle of chaos, boostering around the booster vaccine (I had mine!) without a mask, cancelling trains, burning bridges, plundering social care reserves, building a Royal Yacht, defending his chums, then U turning, you know the stuff … 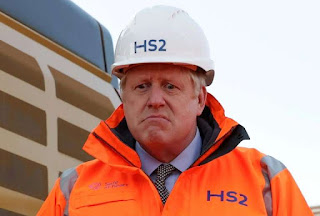 A phantom fourth book suggests itself (though it might morph into something altogether else). And Victorian sonnets (though why just sonnets? Patricia asks me; I have resolved not to write even a 14 line poem again!) suggest themselves as vehicles. There’s an unthinkably expensive 5 volume anthology containing 2000 such beasts (here: https://anthempress.com/anthem-nineteenth-century-series/the-anthem-anthology-of-victorian-sonnets-pdf ). There are famous sequences (I’ve covered EBB in book one), such as Dante Gabriel Rossetti’s rather abstract ‘The House of Life’ (see http://www.sonnets.org/house.htm) or sister Christina’s ‘Monna Innominata’ (see https://www.poemhunter.com/poem/monna-innominata-a-sonnet-of-sonnets/

) which fits structurally, but doesn’t inspire. Then I thought about Meredith’s Modern Love, but that’s too narrative – though obviously all these attributes can be subverted to subvert my subject matter, or poetic focus, as I prefer. Then I wondered about Decadent Sonnets (that’s a possible title!) and I spent some time looking at them, from Scouser Richard le Gallienne’s (who went to school round the corner and published his first book in Liverpool!) and Arthur Symons, his ‘Nerves’, for example, but as yet have resolved nothing! Here is Symons, to give the sickly flavour of that yellow decade and its decadence:

The modern malady of love is nerves.

The stages of his passionate disease,

And is twice sorrowful because he sees,

O health of simple minds, give me your life,

And let me, for one midnight, cease to hear

The clock for ever ticking in my ear,

The clock that tells the minutes in my brain.

It is not love, nor love's despair, this pain

That shoots a witless, keener pang across

The simple agony of love and loss.

Nerves, nerves! O folly of a child who dreams

Of heaven, and, waking in the darkness, screams.

Not great, but the enervation is attractive.

Hartley Coleridge and EBB appear in books 3 and 1 respectively, and maybe the single Dante Rosetti poem in book 3 (see it, or rather, hear it, here: https://robertsheppard.blogspot.com/2021/11/three-new-poems-from-british-standards.html) represent the outer limits of Romanticism, as covered so far: all just prior to 1850, so maybe that is a starting gate. To count back through this online list of Victorian poets from Bottomley to (for 25 poems, one per poet), Hardy, or to 50 (Marston) or to 75 (Fergusson) suggests the sort of extent possible. Fifty seems the best, if this were the method. Which I’m not saying it would be. All poets and poems here: http://www.sonnets.org/victoria.htm . Though maybe something more selective, with other sources might work better. But one poem per poet (as in ‘14 Standards’ in book three) seems to be emerging as an idea. (Not enough women on this list, though.)

Obviously, there is reading to do, but prior to that there is checking (in several senses of the word) the ‘impulse’. That can’t be decided in the same way a corpus of poems for transposition may be selected. Should the focus still be the very Bo who is ‘getting away with it’?

Update July 2022: BUT NOW a last poem has been published in International Times, an appropriate venue for a finale of these political poems: ‘The final poem of British Standards, the third and final book of the ‘English Strain’ Project’ I announce before its subtitle: ‘Monitoring Adam Mickiewicz’ first Crimean Sonnet: The Ackerman Steppe’. Its actual title is ‘After-Shock’, the last of four ‘After’ poems at the end of the book. 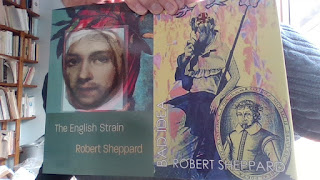 Read about the first two books (now both available); The English Strain here, which features sonnets from Petrarch to EBB: http://robertsheppard.blogspot.com/2018/04/robert-sheppard-petrarch-sonnet-project.html

and Bad Idea which features ONLY the sonnets of Michael Drayton, here: https://robertsheppard.blogspot.com/2019/09/on-bad-idea-and-reference-to-earlier.html

and about the third book, British Standards, which features Romantic Era sonnets only: here: https://robertsheppard.blogspot.com/2021/04/transpositions-of-hartley-coleridge-end.html

Why am I sharing plans that might see the light of day but might not? I don’t do this for other projects I’m working on (though the fictional poets material has had outings on the blog). It’s because the entire project (as the links just above this paragraph and its links demonstrate) has been ‘tested out’ and discussed, and partly published (with videos of me reading the poems) on this blog. Each poem was temporarily posted here, since they were written (or transposed) in a few hours, a very unusual practice for me, with the posting part of the process.

As to the POETICS of the sequence, that may be accessed here: Shifting an Imaginary: Poetics in Anticipation – New Defences of Poetry (nclacommunity.org). That piece is planned for inclusion in Book Three, British Standards. Its final sentence seems appropriate to this post too: ‘I cannot say what comes next and I’m saying it now.’ There’s the irony.

NB The answer to the question of my title was YES. (Wrote one poem.) Then NO. See here:

Pages: No need for a fourth book of The English Strain, I've decided (robertsheppard.blogspot.com)