Lee Harwood: 4 Poems (and a note on them) in Abandoned Playground, ahead of NEW COLLECTED POEMS edited Corcoran and Sheppard

Over on The Abandoned Playground on the swings, beyond the roundabout, you will find me in the sandpit, practising the sand dance with Kelvin Corcoran in honour of Lee Harwood: 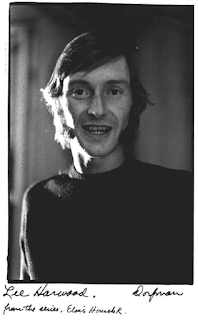 In other words, you will find a four-poem feature of works by Lee Harwood, including a couple that have not been reprinted in editions of Harwood’s for a while, plus my note on the work, and my reasons for picking these poems, something old, something new, something borrowed, something blue.

The reason I am sand dancing with Kelvin is that he and I are currently editing Harwood’s New Collected Poems for Shearsman, and this is a snippet of our work, and a little bit of a heads-up to his many fans. Keep your eyes open for the book. Of course, I will be posting about it on this blog!

In the stiff note on text that we are concocting for this volume, we state: ‘This New Collected Poems assembles all the poems (and creative prose) Lee Harwood published in pamphlet or poetry collection form, published under his own name (though we include brief uncollected material only from the end of his career, one lyric poem and a collaboration with John Hall). The exception is the pamphlet Captain Harwood’s Log of Stern Statements and Stout Sayings which contains a ‘daybook’ of quotations, along with lyric poems that appear, in any case, in subsequent volumes, collected here. Fugitive poems (and creative prose) in magazines have not been considered.’

But I write about this project in the ‘Playground’ romp. Thanks to Daniele Pantano for suggesting, and publishing, this feature! 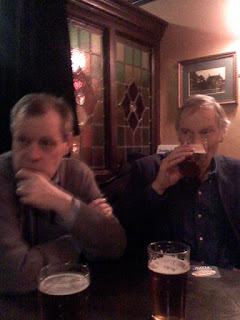 One of the poems in this feature is ‘The Books’. Here are a few thoughts on that poem, which is a good example of his late gentle art of collage, as it switches from subject to subject, which is not to say that the subjects themselves are gentle. It shocks with its revelations, one from the heart of Harwood’s family (particularly as his family usually evokes his tenderest passages). The poem swings from a persistent Harwood theme, the hypocritical barbarity that often lies at the heart of so-called ‘civilisation’ and ‘civilised’ people,

Remember the library in Alexandria.

Remember its destruction by Christian fanatics,

and the savage murder of the mathematician Hypatia,

to familial horrors during the Second World War:

having to shoot one of his own men,

his stomach ripped open beyond saving,

begging to be put out of his agony.

The transition from the horror, and incomprehensible compassion, of that detail, to the sudden, some might feel, inappropriate, campness of the poem’s conclusion, is typical and deliberate of Harwood at his most controlled:

I don’t intend to sit here waiting in my coffin,

gathering dust until the final slammer,

and, checking the rear-view mirror,

head for the frontier.

The thematic restlessness we have traced throughout Harwood’s work resolves at the end of ‘The Books’ into another trope common to his sensibility, that of the quest, the journey, the exploratory plunge into otherness, even, as here, in the face of death. Characters in Harwood’s world are often on the verge of moving on, committed to process as a mode of being in the world. It is never mere escape. The glance in the rear-view mirror ‘meets’ haunting personal memories which ‘meet’ historical remembrance.

As a long-standing student, critic, literary executor and (now) editor of the work, and a friend of the person, I have written  number of pieces on Lee’s work on this blog, and I finish with links to these posts here:

My TLS review of two books by Harwood (and others):

What I regard as my definitive piece on Harwood’s work, ‘The Gentle Art of Collage’ is published in the huge volume CONTEMPORARY BRITISH AND IRISH POETRY, 1960 – 2015 Edited by Wolfgang Görtschacher and David Malcolm. Wiley Humanities, and I write about that volume, here: 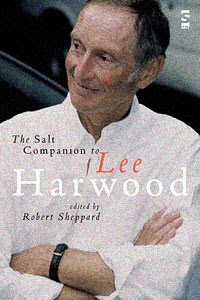 Posted by Robert Sheppard at 4:12 pm