Before that I said goodbye to Bo here, with a poem:

I also keep saying goodbye by writing the next ‘final’ poem of my ‘English Strain’ project, which consists of between 250-300 transpositions of canonical sonnets, about half of which (I guesstimate) mention Bo in one way or another. Three hundred! That’s more than enough. ‘Enough is enough’ as the contemporary campaign against the ‘cost of living crisis’ has it (but which is really the continuation of austerity, The Age of Immiseration as I call it). As you will see, I’ve squeezed one more in, or out, depending on how you think of poetry ‘production’.

And then we had the Queen’s Funeral, and the weird cargo cult reactions to it, and the overreaching reactions by our police. So, I had to write another last poem. I couldn’t sleep last night, and it came to me. Why not do another version of Shelley’s ‘England in 1819’? I begin ‘British Standards’ with one, so why not do another version to finish, this time also versioning my previous ‘version’, but trying to avoid it sounding like a refrain to either of those.

Princes, the dregs of their dull race, who flow

Through public scorn,—mud from a muddy spring;

Rulers who neither see nor feel nor know,

But leechlike to their fainting country cling

Till they drop, blind in blood, without a blow.

A people starved and stabbed in th’untilled field;

An army, whom liberticide and prey

Makes as a two-edged sword to all who wield;

Golden and sanguine laws which tempt and slay;

Are graves from which a glorious Phantom may

Burst, to illumine our tempestuous day.

My first version of this famous sonnet has not been published yet, out at a mag I’ve not had a reply from.

[Update 29/09/2022: The second poem, or a draft of it, After Sheppàrd After Shelley: England in 2022, was, like many others, posted temporarily on this blog, in this case for what I ironically call 'the Festival of Mourning for our late Empress of Bressex, "of happy memory"', as I shall date the poem (all of these poems are dated, because they trail (if not troll) public events). The poem is removed from here (not for further study, as in the Tom Raworth poem) but for publication. So here are some of its traces, also slightly updated.

19th September 2022: the poem was written during the funeral itself. Revised a little the day after (and updated here.) A video of me reading it, I discovered, is too big to load up. I don't think it would do to just read it fast! Elegaic toilets and laureate eulogies notwithstanding.

If anyone thinks that the poem is too weird, here are some of the contributory images, (I mean contributory to the writing of the poem, I often use photographic images, as I discuss here: Pages: Robert Sheppard: Talk for the Open Eye Gallery on Poetry and Photography December 2016)), in this case, from the ‘Grieve Watch’ Twitter feed. Elsewhere you will find videos of the hapless rollerblader who dashed into the royal car, and you can still read about people being arrested for hoisting up blank sheets of paper, as I imagine myself doing! There are a few quotes from the draft of the poem between these immensely enjoyable photographs. An anthropologist might find them illuminating about contemporary Britain, although as I write, 29th September 2022, the Royal Fun-for-all seems aeons ago, as the free-market zelaots who have taken over from fun-loving, libertarian-laugh-a-minute-gift that-kept-on-giving-to-my-project Bo, are crashing the economy as their free-market ideology collides with the actual free market, which doesn't like what it sees. Come on British people, stop celebrating Bressex and Boot Them Out, Enough is (more than) Enough!.] 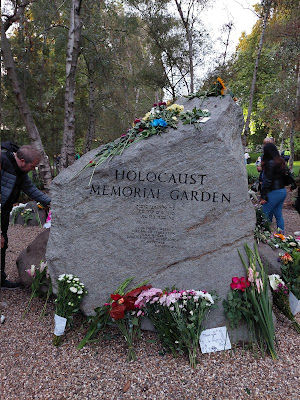 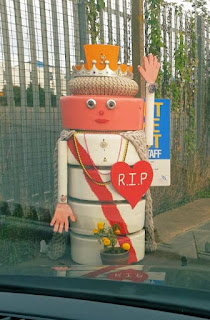 Above and below: 'any bat-faced/effigy propped up on cartoon limbs/beside closed elegiac public loos, shut hospitals...'  I wrote, looking at these and similar representations of Her Majesty. In even Georgian or Regency times, you could have been arrested and transported (or at least jailed, like Leigh Hunt) for sticking this on your fence. 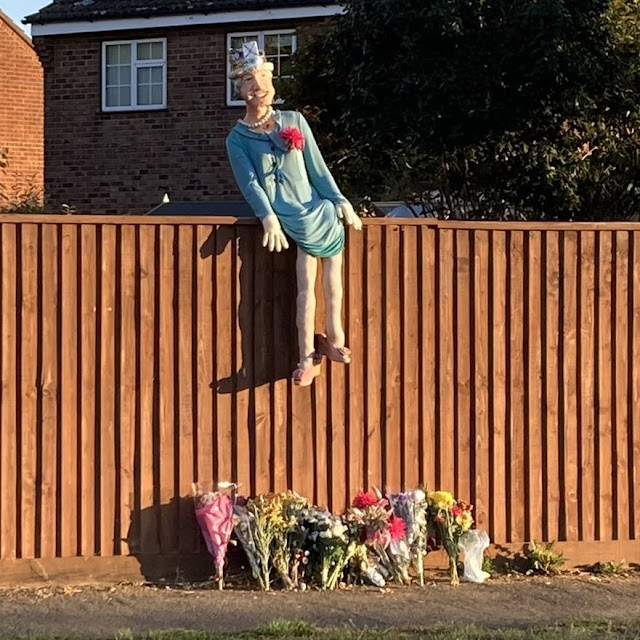 (That one above is my favourite image of this period of mourning: hard core mourn! as some have called it. Look at those flowers.) 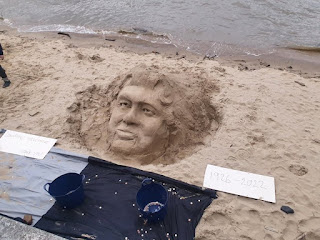 above: 'Thames mud sculpture...' How very odd (and ugly). Weirder for the sheer earnestness of such cargo cultism! 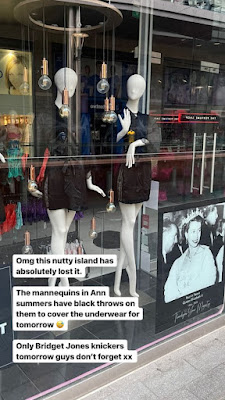