FINAL EXTRA: The last poem of The English Strain project is published on INTERNATIONAL TIMES 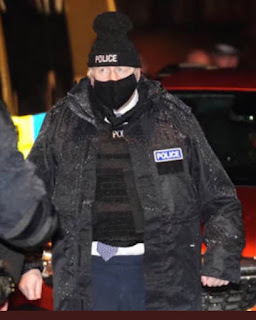 The comedy that was Bo (as opposed to the reality of Boris Johnson) is now over. Johnson, while he could be transformed into Bo, as indeed I was transforming sonnets into other forms and frames, was the gift that just kept on giving. I do not doubt, in the future, he will clumsily or carelessly and deliberately cause damage to our democracy and nation, as well as to individuals he will dispose of as he plunges through the undergrowth like a rogue elephant, but I won’t be pursuing him with my poetic blunderbuss. Perhaps he will return to writing: his memoirs, the crappy book on Shakespeare he has spent the advance of, or even his book about home furnishings. I’ve just heard a Tory MP on the radio refer to his ‘behavioral issues’, as though he was still the 'frozen child' of many years ago, though an ex-Tory MP called him a ‘wrong ‘un!’. He’s a rogue. Unfortunately, in Ukraine, he's a hero! (Though on the dancefloor, he's shit!) 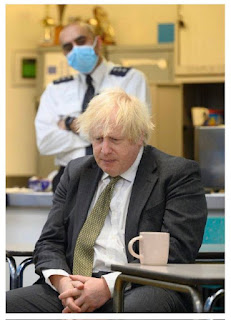 Of course, it had to end. Having to go out to support and defend his tricksterish ducking and diving, and face a volte face each day or even a U-turn immediately after their defence from his staunch officers (when they weren’t pissed out of their brains) was finally too much for some ministers, with some standards.

Talking of ‘standards’, British Standards, why did I not, why do I not still, write a sonnet (or a sequence!) to finish him off? A great Gillray balloon with a pin in it! Or the verbal equivalent of that video of him dancing at his wedding? Surely, even though the Decadents proved not to be ‘fruit-fly’ material, in Queneau’s sense, there would be some sonnet I could find to transfigure, torque, into a new shape to fit The Last of Bo into?

You can read, if you want to, my provisional thinking on how to end the ‘English Strain’ project, or even whether to continue it into a FOURTH book! (Spoiler: the answer was No!) Here: https://robertsheppard.blogspot.com/2021/12/no-need-for-fourth-book-of-english.html

These sonnets, nearly all posted temporarily on this blog, have been conducted in public, if you like, because of their contemporaneous nature. Other projects are less visible until they are published. I talk about them here: https://robertsheppard.blogspot.com/2022/04/if-english-strain-is-finished-what-next.html. It is clear to me that a more combative approach will need to be taken to world politics generally, the 'Enough is Enough' movement, though this project was fun, and it was new for me, to take an entirely comic and satiric approach, though of course it was combined with the technique of 'transposition', which has sustained me through three books. I don't think I could have been so direct unless I was also being so indirect, if you see what I mean, if you can appreciate the generative tone between comic feeling and borrowed form.

I even thought an earlier poem, a transposition of a Gerard Manley Hopkins sonnet, would be the final poem and it was published in International Times earlier this year as just that. See Here: https://robertsheppard.blogspot.com/2022/01/the-shepherds-brow-final-poem-of.html

Actually, I then made this more recent poem the final poem.

BUT NOW it too has been published in International Times, an appropriate venue for a finale of these political poems: ‘The final poem of British Standards, the third and final book of the ‘English Strain’ Project’, I announce before its subtitle: ‘Monitoring Adam Mickiewicz’ first Crimean Sonnet: The Ackerman Steppe’. Its actual title is ‘After-Shock’, the last of four ‘After’ poems at the end of the book.

I wrote about the poem here at the time I wrote it. See here: https://robertsheppard.blogspot.com/2022/03/another-final-poem-of-english-strain.html

where you find a video of me reading it in draft!  So here's a video of the final version, as published:

Thank you IT! And poetry editor Rupert Loydell. But of course that WASN'T the end at all. It nearly was, but one more poem revealed itself with the death of the Queen (did Bo kill her?) and the strange cargo cult reactions of the Great British Public. See here: Pages: Robert Sheppard: A final final poem for British Standards! 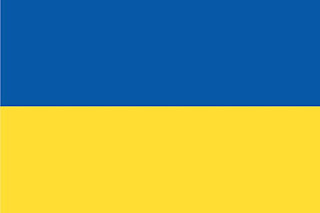 ‘British Standards is still best described here: https://robertsheppard.blogspot.com/2021/04/transpositions-of-hartley-coleridge-end.html where you will find links to other on and off line appearances of parts of the book (and some other videos). I transpose sonnets by Wordsworth, Mary Robinson (more on her soon!), Shelley, both male Coleridges, John Clare, Hopkins, Arthur Symons, and others, as well as Keats. ) 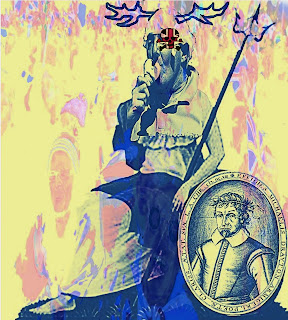 You can buy both of these published books together here: Pages: How to buy The English Strain books one and two together (robertsheppard.blogspot.com)

[There was even a horrible chance of Bo returning to power in October 2022. I was ready, as you'll see here: Pages: The Horrible Thought that Bo mioght be back: only The Bard could save me now! (robertsheppard.blogspot.com) and am ready, should he ever dare!]

Posted by Robert Sheppard at 1:42 pm