A conspiracy of Caribbeans and Celts
Playing dominoes and cards
In a edgy stillness.
The silence and muttered words
Occasionally rocked by shouts,
Bricks slammed on tables,
A flurry of abuse
For misplayed trumps or dots,
Choreographed aggression
And occasionally a fist,
Until stillness settled once again
To the sucking of teeth and clearing of phlegm

Out there the 60s was happening
In the Junction nothing changed.
They re-emerge in my memory
Through a fog of smoke, beer and piss.
Scully, O’Gorman, O’ Driscoll
Jamaican George and Welsh John
In a collar and tie
On Sunday morning their Sunday best:
For protocol had to be observed
To honour the utilitarian pleasures of the working man.

Waking, I stretch into loneliness

Out into the frost
The morning, thick with mist
Teems with concerns
Some important, some trivial
Most are forgotten
In the bleak landscape

Thorns, bare and gnarled
Cling to a few desiccated fruits
Red leathery allegories
The trees in the distance, bare and dissipated
Etched in an icy haze
A thicket in a barren field
Offers a different perspective
A robin foraging
The odour of leaf mould
White fungus fruiting on fallen wood
The renewal in decay
Gifts from kind ghosts

My breath on the air

I emerge into solitude

In many ways I was gifted poetry by my father. Not as an intentional gift but a happy accident. My father was a taciturn unapproachable man who read avidly across genres, fact and fiction. I know this as I was regularly sent to the library to collect or return books for him. I never remember his commenting or discussing any books with us other than to say ‘Read it’ contemptuously if you returned with any titles he had already read. I knew my father was a reader but knew nothing of what he read. Neither did he encourage any of us to read, outside of the contribution he made in teaching us the mechanics of reading. Reading seemed to be a dark sometimes sinister activity that went on in the brooding darkness of my father’s chair. Poetry was the one exception, he would, on occasion, recite poetry and expect me to learn it to recite it to him. This poetry ranged from ditties relating to horse racing to lengthier, rather dense formal poetry usually relating to Ireland and often containing many stanzas. Poetry and the poet are held in very high regard in the Irish cultural lexicon and there was never any question that it was a worthy craft to pursue. Poetry, however, suggested itself to me for reasons beyond a boy's desire to engage with his father.


Stephen Burt, an American academic, argues that poetry “ creates a presence that is so socially, emotionally and intellectually charged that we encounter ourselves in response to it. An encounter with something more than our learning, our understandings, the nuts a bolts of our lives but our essence something that requires the poem “to provoke in us a feeling of self-forgetfulness” (Longenbach, 2002: 51). The encounter which occurs, in poetry, “preserves and enlarges our solitudes and points out our connections ( Ibid).”


The American poet Gwendolyn Brooks described poetry as “ life distilled” (Brooks, 2005) and for me it is this process of distillation which gives poetry its potency, its anthropological dynamism. The ‘distillation’ referred to by Brooks is an attempt to make the vastness of human experience manageable, it offers a way of making the unmanageable manageable and graspable by those living outside the intensity of feeling being experienced. In short it is a vehicle for empathy.


There is also a sense in which it allows human beings to create an object of beauty out of the ugliest moments of their lives. This expression of experience may not always be readily accessible to the reader it may be encoded in the desire to ‘distil’, to make manageable. James Longenbach in his series of essays The Resistance To Poetry observes that poetry gives us “..pleasure because it gives us work to do, work that can never be completed no matter how fully explained the poem might be” ( 2004, 97). That work is the business of being human.  Additionally, Longenbach argues that we read poetry to embrace the challenges and complexities of life and not to find a distraction from it (Ibid).


I was born into a family of Irish immigrants. My father never felt entirely at home with living in England but knew that he could not live in Ireland, which during the period they migrated and for the entirety of my childhood was deeply socially conservative and impoverished. I sense that this reality caused my father immense conflict and shame, a patriotic Irishman living in and on the ‘belly of the beast,’ in his terms a contradictory and cowardly existence that constantly gnawed at his sense of self and family tradition. A dissolution made more evident by the way his children and his wife easily straddled their joint identity The poems, 'The Parcel Home' and 'The Junction Tavern' offer motifs from my early life.


The house I was brought up in Kentish Town, north London, was, for very large stretches of time, steeped in a brooding silence. I consequently spent a very great deal of time in my own head, viewing my immediate surroundings, members of my own family and even the physical surroundings we lived in with a level of detachment, not as a member of the family, but rather as an outsider looking in on their lives.  To borrow a phrase  from Seamus Heaney’s poem, Exposure, I am an ’inner emigré’ ( Heaney, 1980),   not an inhabitant of my own life so much as an intrigued observer, not an actor but an onlooker, not a confessional poet but a dramatist and story-teller.


My family background provided me with an opportunity to ‘cast a cold eye’ and develop an independence of thought offering me the space to create my own imaginings and develop my voice. In addition it strikes me that themes were laid down which I have been driven to explore, over and over again. Namely: Silence, Solitude and the archaeology of the self. Silence and solitude are two elements that I require to write and both return often as unified themes in my work.


The poem, 'Retreat', is emblematic of my search for the scarce commodity of silence and solitude. Silence for me is a perfect archetype and a terrible tormentor.  As the American/Yugoslavian poet, Charles Simic asserted “Silence, solitude, what is more essential to the human condition? ‘Maternal silence’ is what I like to call it.  Life before the coming of language. That place where we begin to hear the voice of the inanimate. Poetry is an orphan of silence. The words never quite equal the experience behind them” ( Mijuk, 2002: 12).


Woven through my desire for silence is a propensity towards melancholy, a word I have quite deliberately deployed here, archaic as it is, it denotes a brooding sentimental pessimism, not as acute or profound as depression but more deeply engrained and pervasive than sadness alone. Melancholia it seems to me is hard wired in my familial culture, drawn from the culture of Ireland, a DNA deep bleakness, that pervades nearly every aspect of existence and a feature deeply imbedded in Irish music (White 2008) and literature (Schirmer, 1998. Coughlan, 2008). Melancholy has influenced my reading, world outlook and poetry.

I am a poet of the lost and found, a gatherer of the detritus of the lived life of the day to day world. The themes I peruse in my work reflect my current interests, or should I say, obsessions and the ghosts and echoes of my journey to this point. I spend my days observing and eavesdropping, mining the everyday for source material. I research my writing from my own life and the lives of others I am a totter, a voyeur. As Yeats observed in his, Circus Animal’s Desertion, I find my material “In the foul rag and bone shop of the heart” (Yeats, 1996. Pg 346).


Just as I cannot know what subject matter I will alight on next, I cannot know if my reasons for writing poetry will alter. Therefore if I conducted this exercise again that I may end up with a completely different poetics. As the Nobel Prize winning Polish poet Wislawa Szymborska observed “The purpose of poetry is to remind us how difficult it is to remain just one person” (Szymborska, 2000. Xiii).  I am, as all human beings are, a mishmash of confused, indeed mutually exclusive, thoughts, desires, feelings and beliefs. The rhythms that drive me are varied and carry their own tensions and my influences are eclectic all of which manifest itself in my work. I do however discern a unifying theme, a focus to this journey, my quest if you like: to move from that state of uneasy groping towards a future that F.Scott Fitzgerald termed “the unquiet darkness” (2013: 21) towards what  Frances Horovitz, articulated in her poem, Evening, written close to the end of her life, as ‘the good dark of this room’ ( Horovitz, 2011, pg 112). I seek an acceptance of life’s and my own unpredictability and contradictions. It is my attempt to make sense of my world and my place in it. My work is simply a platform to untangle and move-on from one concern to the next without ever reaching journey’s end.


I have no greater scheme other than to continue writing poetry about those things that exercise me, things that change on a day to day basis. Poetry itself is the only thing I feel any certainty about, although what shape and what form it takes, is like the things I focus on; unknowable. Therefore, I will take Wittgenstein’s advice on any further speculation and remain silent on that which I cannot meaningfully speculate (Kenny, 2005). 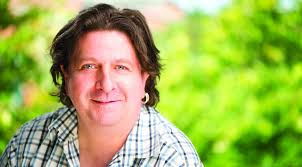 Horovitz, F ( 2011). Collected Poems. Tarset: Bloodaxe.
Hymnes, D. Anthropology and Poetry. Dialectical Anthropology 11: 407-10 (1986).
Kenny, A. (2005) The Wittgenstein Reader. 2nd Ed. Oxford: Blackwell.
Longenbach, J. ( 2004). The Resistance To Poetry. Chicago: Chicago University Press.
Mijuk, G (2002) Orphan of Silence: The Poetry of Charles Simic Dissertation to fulfil the requirements for the doctorate in the Faculty of Letters of the University of Fribourg in Switzerland.

Details of the MA in Creative Writing at Edge Hill may be accessed here.
Posted by Robert Sheppard at 8:00 am