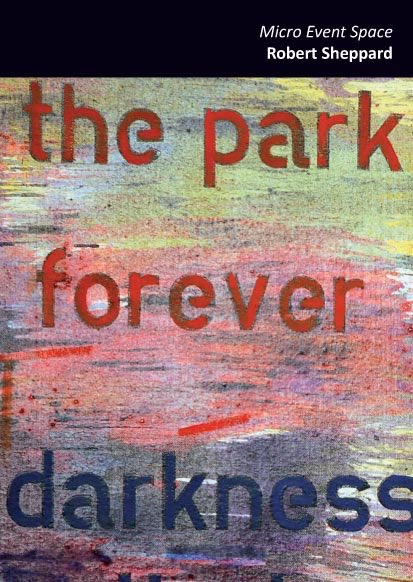 I’m pleased to say that a short book of my small poems and sequences of brief lyrics has been published by Red Ceilings Press: Micro Event Space. I’ve long admired these small format black books and at last I have my own. Thanks to Mark Cobley, the editor.

In it, I play around with a variety of forms. James Byrne in The Robert Sheppard Companion (see here) says: 'One of the ways Sheppard has extended the poetic tradition in England … is via a complex reworking of poetic forms – or, rather, a “reforming” of forms.’ I hope that is true of this book. (I say it’s ‘little’ but there are over 50 pages of it!)

So what’ll you get? There are the haiku, a form which I’ve inherited, but refunctioned into prose paragraphs, so that they become haibun. The text ‘Haibun: 52 Haiku’ is the result and may be read as a taster, here.

I invented the Twittersonnet with my little fictional friend Rene Van Valckenborch:  the (then) constraint of 140 characters was distributed across the 14 (8+6) line frame of the sonnet, 10 characters or spaces per line. The ones here are focussed on very small things: the flea, Pluto, a Mayan dwarf, and more (or should I say less?). We recognise that they are diminutive in relative ways. ‘Minute Bodies’ was written for The Life is Short Festival, a celebration of the miniature. (See here). I write about these Twittersonnets here .

Collaborative glyph-like micro-poems from my collaboration with Pete Clarke celebrate the constant destruction-construction of Liverpool. See some of Pete’s images here (there’s another detail on the cover!) 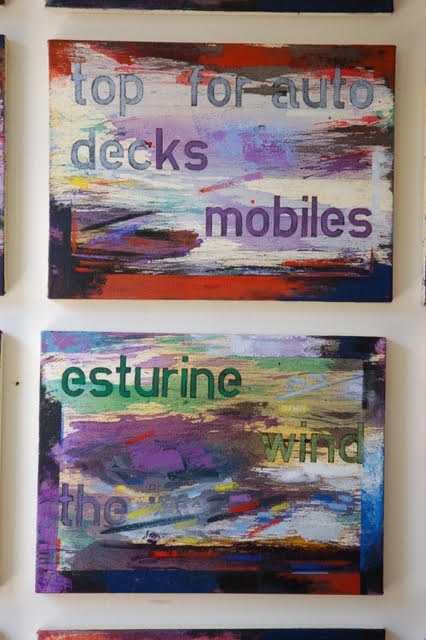 ‘Working Week’, a sequence of curt discursive trackings of perception show that ‘small’ or ‘short’ need not eschew voice. A little detail like a Klansman’s hat peeping through a car roof has monstrous potential.

There is an even more voluble ‘Poem’ about poetry itself. There is a poem ‘Leeds’ gathering art-perceptions of that city’s art, inside and outside the gallery. There is a ‘Burnt Journal’ birthday poem for Simon Perril (the only poem with lines long enough to have to be drop-lined!)

The micro event space of the poem is one of miniature responsibilities.

Once its contents are spelt out like this, it doesn’t seem a SMALL BOOK at all. If there’s a world in a grain of sand, then there are universes in minute bodies:

sink to the hardhat
underworld

See some more of Pete’s images from our collaboration here

HERE for images of my short-notice micro-launch of minimal duration for only a few people in various micro event spaces.

Here for the first review of the book by Alan Baker on Litter. Also posted HERE.

Mike Fergusson also realised 'micro' is the way to review it: HERE.

The original twittersonnet (and other twitterodes) may be found in the works of René Van Valckenborch in my A Translated Man (Shearsman, 2013) and the second in my Petrarch 3 (Crater Press, 2016). You can see the original here
Posted by Robert Sheppard at 12:34 pm