I am pleased to say that four sonnets from Weird Syrup: Contrafacts and Counterfactuals from John Keats (part of the ‘British Standards’ volume of The English Strain project) have appeared on Litter, a very fine online journal They are ‘overdubs’ of relatively well-known Keats poems.

Thanks to editor Alan Baker. (More on him here: Pages: Alan Baker's Journal of Enlightened Panic (and the EUOIA poets) (robertsheppard.blogspot.com)) 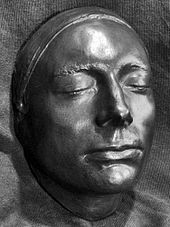 Each has an accompanying video here, recording the completion of their first drafts, and which were posted briefly at those times, as part of a ritual of writing them. Therefore they all differ slightly from the final poems that appear on Litter. But they give a good sense of the texts’ first manifestations than updates would! (And the Keats life-mask has had a bit of an accident!)

Written on the Day that Mr Bo was Committed to Prison

Times Radio drones its truth to

power itself. Bo’s shut away,

violator of his word, yet in his flattered

Vile men have been among us

Eyes watery weak he who

sprays us with beneficent


On Seeing the Elgin Marbles

on a sleepless night

I wrote about the 14 Keats variations here: Pages: Weird Syrup: The final Keats variation: a (premature) farewell to satire as a strand in British Standards (robertsheppard.blogspot.com)

There is another that may be accessed here, published recently on Stride: Pages: A version of a Keats sonnet published on STRIDE today (links and video and context) (robertsheppard.blogspot.com). There is a video of me reading the poem here too.

There are more poems in Shearsman magazine too. 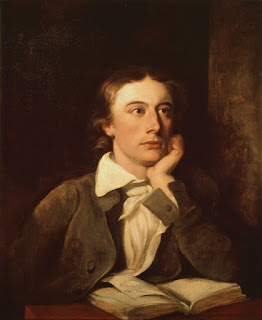 I write about the 14 Keats sonnets I wrote here: Pages: Weird Syrup: The final Keats variation: a (premature) farewell to satire as a strand in British Standards (robertsheppard.blogspot.com)

These Keats poems come from a manuscript called ‘British Standards’. It is best described here: https://robertsheppard.blogspot.com/2021/04/transpositions-of-hartley-coleridge-end.html where you will find links to other magazine appearances of parts of the book. I transpose sonnets by Wordsworth, Mary Robinson, Shelley, both male Coleridges and others, as well as Keats.

‘British Standards’ is also book three of a larger project of refunctioning traditional English sonnets, called ‘The English Strain’. These two links (which link to other links) will inform you about the project. I note that I was beginning this investigation of the sonnet around 2011, so that's almost the same length of time as Twentieth Century Blues. I wrote about innovative sonnets here all that time ago. Fourteen posts (!) on the sonnet begin here: Pages: The Innovative Sonnet Sequence: One of 14 (robertsheppard.blogspot.com)

You can buy both of these published books so far, here: Pages: How to buy The English Strain books one and two together (robertsheppard.blogspot.com) 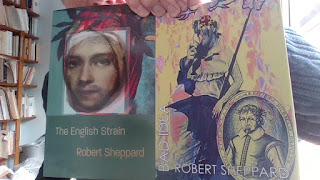 Posted by Robert Sheppard at 11:06 am