Robert Sheppard: 'Between' a poem for Roy Fisher published in Tears in the Fence

My poem 'Between', a kind of elegy for Roy Fisher, appears in Tears in the Fence, now available from https://tearsinthefence.com/pay-it-forward . The image below is relevant to the poem. 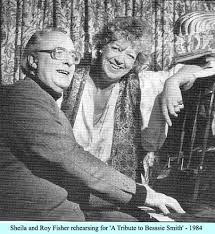 I say 'a kind of' because the story told in the poem is real. Before setting off for work I looked at Twitter and found a tweet announcing that Roy had died. That was upsetting. But having previously read a Tweet wrongly announcing the death of another poet, I decided to check again. But I couldn't find the tweet again. So I wasn't sure. I set off for work and the adventure in the poem occurred. Which could only occur in that 'between' state of uncertainty. Once I got to work I saw a tweet from Neil Astley, the publisher of Bloodaxe, and realised that the news was true. (None of this is a spoiler for the poem, by the way.) A few weeks later I attended Roy's funeral, by which time it felt all too real. As I write in 'Work' (the 2017 supplement):

We followed the ducks and rabbits to a humanist affair with wild flowers and jazz and – against Roy’s wishes – poems. 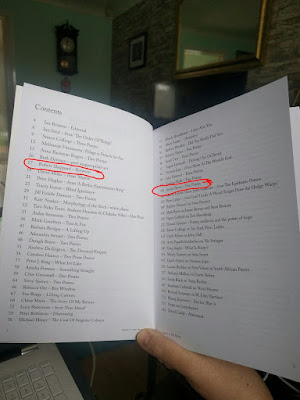 I have, of course, written about Fisher's work in my book The Poetry of Saying (see here) and elsewhere, but here are links to a number of posts on this blog that you might like to read, before you get a chance to read 'Between' in Tears in the Fence:

My most recent piece is on Fisher's radicalism here.

I've been published many times in Tears and here is my announcement of a previous appearence, another poem in memoriam, this time for Lee Harwood. I believe they also published my i.m. to Barry MacSweeney.


Thanks to David Caddy for all these appearances and for his publishing tenacity: 68.