Robert Sheppard: Thoughts on a Year after Leaving Edge Hill

It’s a year since I retired, and it’s about six months since I stopped referring to myself as retired and started to think of myself as a full-time writer. You can look back at my ‘first day of freedom’, AND at my retirement ‘do’ rap. I'm curious that, in the latter, I wrote and recited the following: 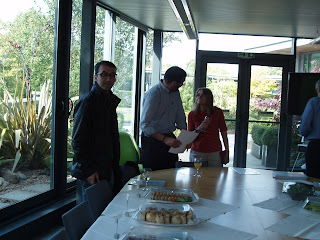 Generally depressed by the Brexit result which has left many students bereft of a cleanly conceptualisable future, young people have discovered that they are not just individual consumers but that they form an electorate, surprisingly left-leaning, that wishes to scrap tuition fees and loans and even to erase standing student debt. They’ve even been gifted two elections to try this power out, and they’ve got a taste for it.

(you didn’t think you were going to get away without this, did you?)

(The poem is one of my versions of Surrey's sonnets.) 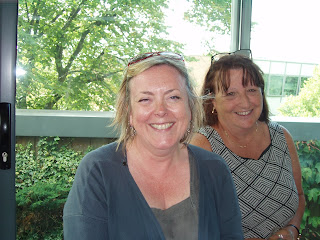 The industrial dispute during the year over, well, pensions (you wait until Brexit when they will ‘roll back the state’ – what do you think the second half The English Strain and Bad Idea (so far) is about?)… The dispute in the ‘old’ universities did indeed answer some of these issues. Students on the whole lined up behind staff, part time lecturers finally revolted against their exploitation, and academics become militant in an inspiring way. It was a shame this dispute was not also in the ‘new’ universities sector where the exploitation (caused increasing research, increasing teaching, increasing admin and increasing bullying) is more acute. It was, as they say, consciousness raising. My involvement with the Ern Malley Orchestra (see here), many of whose highly unionised members teach at Liverpool University, showed me what was happening second hand. I took part in the only way I could: I (temporarily) resigned as an external examiner. I also talked at a conference on the profession of Creative Writing (a keynote, follow the links to the text at the end of this post), though that was before the dispute. I'd not seen such a negative vibe amongst Creative Writing tutors before. Exhausted.


Actually I've had quite an active year, professionally, given that I’ve retired. No, I haven’t, have I? I am a full time writer. This seems to be true in a very literal but limited way. I have written a lot of creative work, but NO critical work at all. Only that keynote (and a post about Roy Fisher's radicalism, here). No editing. No curating poetry readings. None of the things I thought I might do. The magazine Patrica and I proposed, Three Famous Aviators, remains firmly glued to the tarmac. Though I've been pondering how to process the 'fictional poet' trilogy (as I see it, and as I see it here). But that's creative work again.

I can’t quite explain this, but now I’ve had a year ‘off’ (though no holiday) I might turn my attentions to more than my creative work (some of which is recorded on this blog: the ongoing sonnets, the collaborations withPete Clarke and Trev Eales, and more). I suppose if my goal was to have no goal (as Patrick Kavanagh put it) I shouldn’t be surprised to find I have no goal. But certainly not targets. No outputs. No projects. But possibly a (private) list.

I've just seen the contents of the 'Robert Sheppard Companion'. It's overwhelming and I'm not going to be lonely with a companion like that! A big boot up the rear from other people's suppositions about what it is I might have been doing.

Watch this space. An upcoming post on the history of Pages itself may suggest some renewed literary activism. Even 'aesthetic justice'.

(The above was mostly written before my mother died, so a lot of these thoughts have been put on hold while I deal with the bureaucracy of death. Here.)


http://robertsheppard.blogspot.co.uk/2017/10/robert-sheppard-more-or-less-of-keynote.html
Posted by Robert Sheppard at 8:00 am