Ern Malley 101: a year since our Liverpool centenial celebration 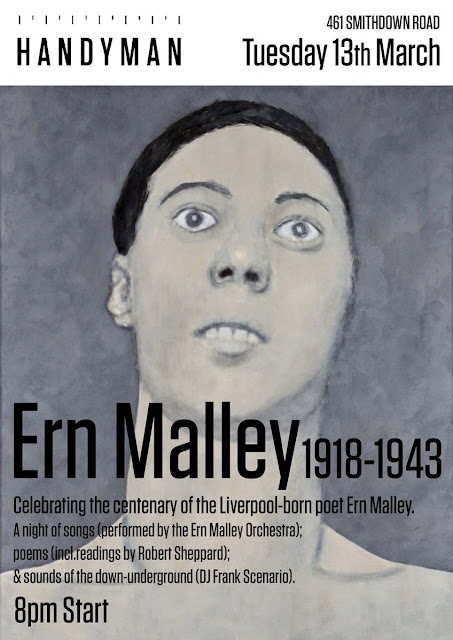 One year ago we celebrated the 100th anniversary of Ern Malley's birth in LIVERPOOL.

You may read about our evening here.

You will gather from that post that Dave Whyte has set all of the Ern Malley poems to music. Last year most of them were performed (with Patricia and I reading the poems not covered). Recently I've added a few vocals to one of the remaining songs, and harp to another, enough of an involvement to say that I am now a member of the Ern Malley Orchestra. There are plans to release an album.

Met up with Dave and Bryan Biggs on the night of the 14th for an Ern's Night Toast and discussed some possible future events. I also told them about the piece I describe (and provide links for) here: An essay on the Ern Malley affair and its Liverpool celebrations may be read here: