Looking Back Two Years: The Sheppard Symposium and Readings, the Ship of Fools Exhibition and (looking forward) The Sheppard Companion and its Liverpool Launch


I can hardly believe that the Robert Sheppard Symposium at Edge Hill University took place two years ago today. There’s quite a lot of documentation, one way and another on this blog and beyond it, but the lasting documentation looks as though it will be the critical book that developed from that day: The Robert Sheppard Companion, which is edited by James Byrne (who organised the symposium) and Christopher Madden, and is in the last stages of preparation from Shearsman (See here). 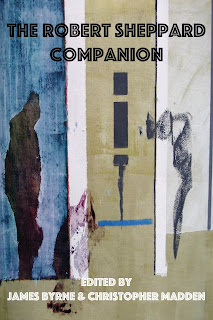 The only other thing I’ll say about the book is that it has a preface by Charles Bernstein, which developed out of his message about 'aesthetic justice' recorded in Liverpool after his Storm and Golden Sky reading, outside the Belvedere pub. Here. 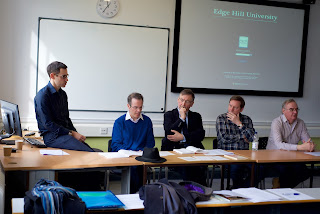 Let's turn our minds back a couple of years. You can read about the Sheppard Symposium itself here:

but these are my thoughts, whereas Joey Francis (who also has a long interview with me  here., if you didn’t see it) wrote a long report of the day (I spotted him head down, scribbling like a demon) for which we are all appreciative:
Frances, J., (2017). Robert Sheppard Symposium. It's in the online version of the Journal of British and Irish Innovative Poetry, now edited by Scott Thurston and Gareth Farmer, here! 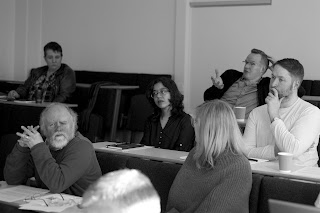 These photos of conference sessions taken by Rob Edge (who took some of the pics in Atlantic Drift). You can see them all thinking here, whilst Antony Rowland talks.

In the evening a reading by some of the most prominent poets in the UK followed: Allen Fisher, Robert Hampson, Zoe Skoulding, Antony Rowland, Patricia Farrell, Nikolai Duffy, Rhys Trimble, Natasha Borton, Scott Thurston, Andrew Taylor and others (like dancer Jo Blowers, voice artist Steve Boyland). See here for all the videos.

My own reading from ‘Break Out’ and the then work in progress ‘Hap: Understudies of Thomas Wyatt’s Petrarch’ (both parts of ‘The English Strain’) may be viewed here.  And here, where I've embedded it:

These sonnets Hap:Understudies of Thomas Wyatt’s Petrarch are now published;

and are available from Knives Forks and Spoons.

But that's not all. We also mounted a Ship of Fools exhibition, which documented the micro-publishing of Robert Sheppard and Patricia Farrell (1985-2017), and there are lots of photographs of that accessible through another hub post
here. 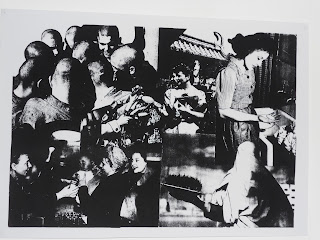 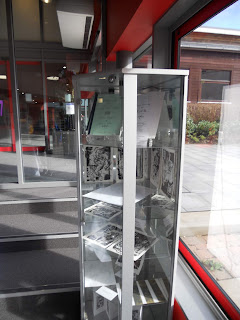 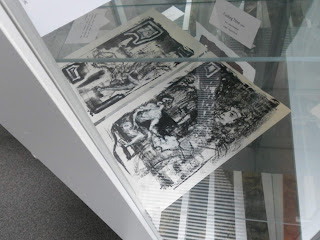 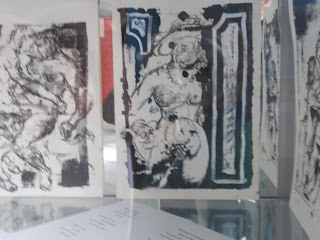