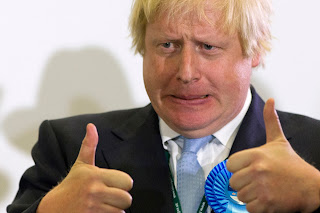 The final poem, an 'Afterword' even, of British Standards – maybe – has been published on International Times (as have quite a few of my shorter poems from ‘the English Strain’ project). Thanks to poetry editor, Rupert Loydell, once again.

That poem, it is worth repeating, may be read here:  https://internationaltimes.it/the-shepherds-brow-fronting-forked-lightning/

and you can see me read it on a video here, on that previous post: Pages: 'The Shepherd's Brow' (the final poem of British Standards (probably)) appears on International Times (robertsheppard.blogspot.com) .

But I also averred:

I say ‘maybe’, not because I think I might write another book, the fourth, but because I wonder if our political moment will drag just one more poem about the body politic (or the Bo Politic) from me. That depends on the Sue Gray report, of course. Until then, this is the last.

And, today, another poem presented itself. It is a version of an Arthur Symons poem. See the posts below about that possible, but rejected, fourth book, and for the story of my rummaging around Decadent Sonnets. It is called After Image, Improvisation upon Idealism by Arthur Symons, and begins with the reminder: 'We now know that Bo has no/conscience (we always knew), The ‘speaker’ is the Conservative Party. Surely some of them at least think like this. This is a temporary posting of the poem, and I have removed it. I'll leave this stub to speak for itself - and to direct interested readers to other places on this blog and outside it that relates to this project.

No sooner did I write the poem, blog it, and leave it for a while, than this appears, on the same day: 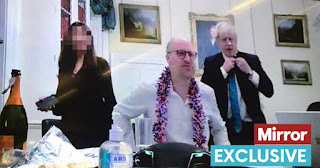 But of course that WASN'T the end at all. It nearly was, but one more poem revealed itself with the death of the Queen (did Bo kill her?) and the strange cargo cult reactions of the Great British Public. See here: Pages: Robert Sheppard: A final final poem for British Standards!

Read about the first two books (now both available, published I mean) online.

The English Strain here, which features sonnets from Petrarch (via the Symbolists) to EBB : http://robertsheppard.blogspot.com/2018/04/robert-sheppard-petrarch-sonnet-project.html

For the best of this blog, see: Pages: Seventeen Years of Blogging. A look back and the best of the last year (robertsheppard.blogspot.com)

But I really DO think I've finished this project: Pages: If The English Strain is finished, what next? (Reflections and Loose Poetics) (robertsheppard.blogspot.com)