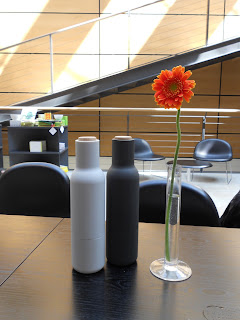 Trine Kragelund deposits work on a variety of platforms ('like a railway station pigeon', one critic responded). Her work, or versions of it, exist equally as audio, film, video, either online as programmable/interactive media or offline as site-specific installations with quadraphonic sound and hologram icons in occupied and vacated space, which have been exhibited around the globe, as well as framed on the page as codex-works. She eschews the words poet and poetry (and seldom appears in public or performs) and has won many literary and poetry awards. The work here, excerpted from her on-going non-linear textual intervention NoNo, was partly (un)originally sculpted from ‘Google English’, in her words. She lives in Christiania, Copenhagen, where she currently devises post-digital poly-media work and co-habits with the gipsy brewer Carl Schytte. She has recently been invited to collaborate with Sophie Poppmeier (see here).


Ken Edwards has his word on the real EU referendum here!
Posted by Robert Sheppard at 8:00 am