Hróbjartur Ríkeyjarson af Dvala was born on Dvali, a small island (called Duilo on some maps) offshore of the larger island of Frisland in 1948. As a child he was deeply steeped in the folklore of Frisland, but after education at the University of Godmec in Historical Cartography, in 1976 he founded the Black Volcano Poets who abandoned the complex (and frankly inexplicable) metrics of traditional Frislandic verse in favour of open field metrics and post-surrealist content, with an American Beat tinge. An accomplished jazz vocalist, he spent a year at Berklee School of Jazz in 1978, but dropped out to concentrate on writing poetry and experimenting with hallucinogens. He taught at various universities in the US and, after a time as Visiting Writer at the University of Argleton in North West England, he returned to Frisland, just in time to become principal spokesman for the Ashen Revolution of 2002, which dragged Frisland into the twentieth century. Ríkeyjarson af Dvala was elected to parliament, the Lagadag, representing Ocibar, where he is a passionate advocate of Frisland’s (apparently hopeless) candidacy for membership of the European Union. 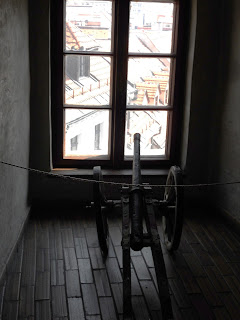