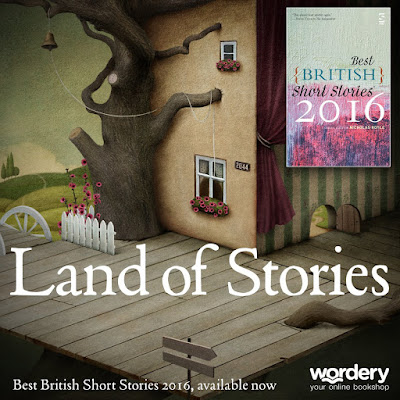 Best British Short Stories invites you to judge a book by its cover – or more accurately, by its title. This series aims to reprint the best short stories published in the previous calendar year by British writers, whether based in the UK or elsewhere (that includes Europe). The brief of editor Nicholas Royle (a Belgophile) is wide ranging, covering anthologies, collections, magazines, newspapers and web sites, looking for the best of the bunch to reprint all in one volume. Here it is.

It is the Guardian book of the month. Buy it here.

I'm pleased to say I'm in it. It contains my story 'Arrivals', a short narrative capriccio from my autrebiography Words Out of Time. It works well on its own, I feel, as an allegory about adoption.There's a review of Words Out of Time here.

Words Out of Time may also be obtained here.

The question of my fiction-writing is an interesting one. I have another Knives Forks and Spoons book containing three stories, The Only Life. Edge Hill is famous (through its annual Prize) for its support of the short story form, and something rubbed off a few years ago, and I found myself developing ideas for stories, and some survived. The three stories in The Only Life are about writers: Keats on his 80th birthday, the life of the Esperanto poet Tropp, and a bloke from York who writes poems about the Gulf War (probably the best of the three, though Tropp was a dry-run for A Translated Man).

The Only Life may be bought here.

I'm hoping that there might be a bit of interest in this on the back of my appearance amid the august company in the Salt book. (And it's great to see former MA student Trevor Fevin (see here) there rubbing shoulders with Gaffney and Galloway and Evers and Mort, to pick out some names.)

There is a sort of fiction in A Translated Man and another fable in Unfinish but these four stories are my first attempts at writing fiction since I walked into Malcolm Bradbury and told him I wanted to enter poems from my MA. (I was the first.) That was 1979. Pre-Thatcher, probably. But that's another story. A guide to other recent publications may be read here. My next publication consist of garters (really!) 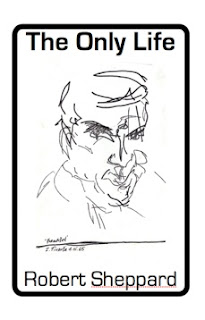