Robert Sheppard; Thoughts on Collaboration 3 (a digression on translation and transpositioin)

Parts one and two may be read here:


The first link is also a hubpost containing links to all posts...


I turn now, or I will do, soon, I promise, to literary collaboration. (I am still for the moment thinking about my own collaborations, out of interest for the future, and also to ‘get me going’ on an article on literary collaboration for a collection to be published next year.) I want to define lit. collab. as the co-creation of a literary work or works by two or more writers by whatever method. 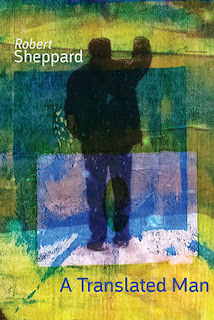 But first I want to examine one hybrid example which could have been covered when I was discussing collaborations with Jo Blowers in the last post. This is a performance collaboration of a poem by me. Twice in the autumn of 2014, Jo Blowers, Steve Boyland and I performed an interactive three voice piece (a text from A Translated Man treated) at 8 Water Street and at the reading series I co-directed, Storm and Golden Sky. See photos and details here. It’s a reworking of the poem, ‘Kybartai Nocturne’, which begins:


what is that sound
humming like an antique fridge packed with ice
the hint of a turbine something turning
a patient siren rising and falling....


The poem was reversioned, using the ‘canon’ technique deployed in 'Revolutionary Song', which you can read here. It is actually a poem by my fictional poet Rene Van Valckenborch, or no, it’s by his fictional poet, Jurgita Zujute. (This is so complex that I never bothered explaining to our audiences.) See: https://euoia.weebly.com/jurgita-zuj363t279-1966--lithuania.html and https://euoia.weebly.com/

I write about the interactive, improvisational performances with Jo and Steve here : https://robertsheppard.blogspot.com/2014/10/robert-sheppardsteve-boylandjo-blowers.html


You will notice, from the photos, that Jo Blowers is here performing vocally with Steve Boyland (and me). She'd trained with him. A great voice artist, I would like to collaborate more with Steve in the future, though he seems (happily) busy these days. As I say in ‘Thoughts 1’, music is the ‘other’ medium I understand best, though whether we achieved music or multivoiced recitation is debatable. It was not recorded.


The second ‘example’ of collaboration is one I noted twice in my reading yesterday, as it happens. Juha Virtanen in his book Poetry and Performance During the British Poetry Revival 1960-1980: Event and Effect, writes of Eric Mottram’s multi-voiced collage performance poem:

The quotations in Pollock Record permeate each other’s pores and interstices, creating layer upon layer of new relations in the process; therefore, the interactions between these materials cannot be construed as a passive absorption of American influences. More accurately, Pollock Record is an arena where Mottram attempts to actively work with Pollock as a mutual collaborator. (p 93)

Similarly, but scholarly, as it were, Holly A. Laird wonders at the end of her Women Coauthors whether her whole book hasn’t been a collaboration with the pairs of writers she writes about.

I think in the latter case, the ‘collaboration’ is metaphorical, and nothing like the work of ‘Michael Field’, for example, which she examines. I think Juha’s case is a better one, because of the form of the collagic text (big sheets of paper with selected quotations attached). The active form makes it akin to collaborative equality (in a way that Laird’s critical discourse cannot; nothing wrong with that!). It’s as close to a ‘mutual collaborator’ as one can get, BUT, of course, Pollock has no say in it. However elastic his sayings or practices or analogous bits of text selected by Mottram may be, however activated, animated, Pollock as a creator is never fully co-creator. He’s a pre-creator, but his words and images may be actively refunctioned (but that, in my reading, and Virtanen’s, actually, is simply to say that it is read or received in performance. All reading, like writing, is an act-event. (I say a little more about this in ‘Thoughts 1’. It’s out of Derek Attridge again.)). Mottram’s is an ‘attempt’ in Virtanen’s words.

Think of Frank Sinatra. I often do (so did Mottram: he had Close to You I remember amongst his cassettes). Think of those not entirely Duets albums, Frank’s postmodern period. Frank recorded the songs (perhaps with gaps, perhaps straight with added edited drop-outs) and then the other (Bono or Aretha Franklin) sang to the recordings (never encountering Mr Sinatra). They were duetting with him, but he wasn’t duetting with them. That’s not a mutual collaboration. As to Tony Bennett ‘duetting’ with the long-dead Billie Holiday…

Dialogue with materials, selected ones, is not the same as interaction with a creator or co-creator. Which is not to say the illusion of collaboration or even duetting is not possible to conjure in the way Juha beautifully describes. I follow Attridge’s sense that to feel a text ‘authored’ is part of its event and effect. Same must follow for coauthored.

I had not thought to consider them here, but the works in the two books of ‘The English Strain’ project so far raise some questions of this kind. (See here for ‘The English Strain’, book one, and here for Bad Idea, the English Strain book two. Lots of materials and links. I will not re-describe the project here, although it is worth recording that, as with the fictional poet project which I touched on above, I’m wondering whether there will be a third part (or whether I will ‘end my solo before I’m done’, to quote Miles Davis (again)).

I don’t think I’ve been collaborating (in ‘The English Strain’ manuscript) with Petrarch in Petrarch 3, with Milton in ‘Overdubs from Milton’, with Wyatt in Hap: Understudies of Sir Thomas Wyatt's Petrarch, with Surrey in ‘Surrey with the Fringe on Top’, with Charlotte Smith in the ‘Elegaic Sonnets’, or with Elizabeth Barrett Browning in ‘Non Disclosure Agreement’.

See here for a few poems from ‘Non-Disclosure Agreement’: https://mollybloom17.weebly.com/robert-sheppard.html

Nor do I think I’ve been collaborating with Michael Drayton in ‘Bad Idea’ and ‘Idea’s Mirror, which together comprise the ‘Bad Idea’ manuscript. 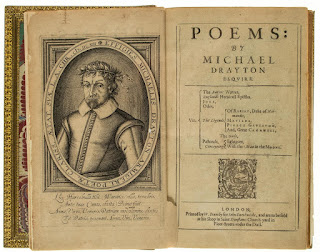 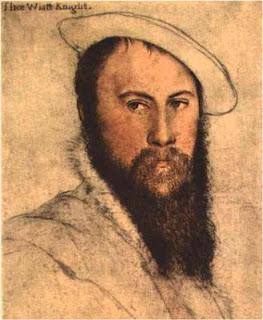 I feel that I have been in some sort of communion with the authors, but I know that is an imagined and, I hope, imaginative, experience. One not communicated to the readers. Though I felt a certain nobility in Wyatt, while Surrey (this is reflected in the title I gave his section) was a bit of a tit. In fact, with his conspicuous consumption, his acts of vandalism, his recklessness as a soldier, I felt he was like the (Tory) Cambridge undergraduate who burnt a £20 note in front of a homeless man. Hopeless, privileged shitbag. (Played by Lawrence Fox in the film?)

The term ‘expanded translation’ has been used of some of the works that influenced this project (particularly the Petrarch versions of Peter Hughes and Tim Atkins, which I write about here: https://robertsheppard.blogspot.com/2013/12/robert-sheppard-on-petrarch-boys-peter.html ) 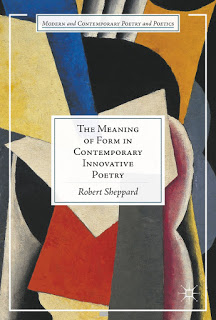 I found myself on the fringes of the AHRC project investigating ‘expanded translation’, both via my chapter on Hughes and Atkins in The Meaning of Form (which was part of an excellent reading pack, and Sophie Collins’ anthology had been published by then), but via the ‘fictional poets’ project (ironically, because although the poems claim to be translations, there are no originals, not even of ‘Kybarti Nocturne’, even with the Google translate version ‘back’ into Lithuanian on the EUOIA website. Wait for the arrival of a real Lithuanian poet-collaborrator in a later post!). 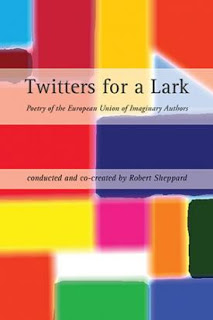 See here for the Bangor launch of Twitters for a Lark which was part of that:   https://robertsheppard.blogspot.com/2018/04/twitters-for-lark-launch-at-bangor.html


But the ‘English Strain’ poems are more like ‘expanded’ translations than the fake translations of the ‘EUIOA’ project! They are ‘more like’ but they are not. In fact, the word I have settled on to describe this kind of writing is ‘transposition’. Of course, in the titles I have used the words ‘overdub’ and ‘understudy’ to describe my attitude to the poems. In the one case I am providing new words for an old poem (like Eric Thompson’s narratives for ‘The Magic Roundabout’!); in the other, I am offering my voice as a substitute. In the ‘Surrey’ sequence I even declare ‘direct rule’ (I was thinking of Northern Ireland) but I claimed I was speaking over the poem, taking over the poet. Actually, most of the poems are subtle, and not so subtle, re-workings, re-writings, writings-through, of the ‘originals’. I’m not collaborating at all. Sometimes it’s more like taking them hostage and forcing them to write a confession. Sometimes.  I also want to avoid analysing my techniques too much, because I may not be through with the method.


I should record I also don’t like Jacobson’s ‘intralingual translation’ much, though that is useful (particularly for a virtual monoglot: ‘O’ Level French: fail). ‘Versioning’ I’ve used before, but I prefer to use that of transformations of my own work (with the emphasis on ‘form’ as always). I use it above to describe what our vocal trio did to or with ‘Kybarti Nocturne’.


‘Transpositions’: I believe poetics is often finding what one already knows. I hit upon the term ‘transposition’ to discover that I’d already used it, well before I took it from Idea’s favourite philosopher Rosi Braidetti. She notes its use in music: ‘Transposition indicates variations and shifts of scale in a discontinuous but harmonious pattern … an in-between space of zigzagging and of crossing: nonlinear and chaotic, but in the productive sense of unfolding virtual spaces.’ (RB Reader: 226).


Or in genetics: ‘Transposition refers to processes of mutation, or the transferral of genetic information, that occur in a nonlinear manner … Transposable moves … dissociation of bonds’ etc. (p. 226)


More generally: ‘An intertextual, cross-boundary or transversal transfer of codes .. a leap …’ (p. 226)


Something like that will serve, I think. Poetics is not a blueprint but a thumbnail. Braidetti is interested in the process of transposition; so am I when I am writing the poems, possibly the reason for the rituals of composition with these ‘English Strain’ transpositions, which I have written about elsewhere, and which is entirely new to my writing behaviour, it strikes me now for the first time. Whereas the event-act of writing produces this thing, this transposition. It will serve, yes. The action is on the part of the author, but what is authored is produced from the active interaction with the creation of another, involving some acts of selection. The original text is indeed changed in the act-event of subsequent readings, which is why I like to see my ‘English Strain’ poems read against the originals. In ‘Petrarch 3’ that’s achieved by having 14 versions of one translation from Petrarch. Occasionally this fact may be demonstrated in presentations of other poems. Here’s one of the Earl of Surrey's poems with my transposition of it:

It lays bare the method(s) of ‘transposition’ used in this case, and again it’s not my job to itemise the techniques. I do not feel it fully adheres to the meaning I want to circumscribe as ‘collaboration’. I’m not particularly concerned if others disagree with me. For me, this is about the essay I’m writing, but it’s also about teasing out what I might write next, creatively.


In terms of what I will write next on this blog it is to return to my opening paragraph here and launch off into my own ‘literary collaborations’. I want to finally get round to defining lit. collab. as the co-creation of a literary work or works by two or more writers by whatever method.