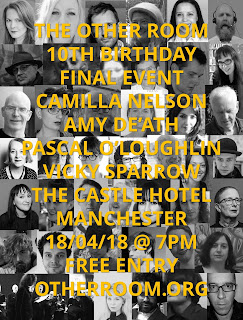 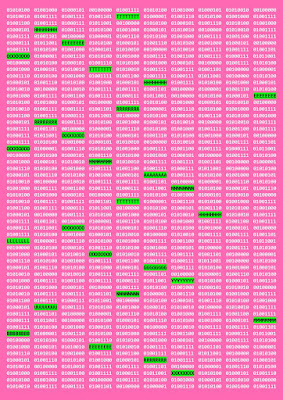 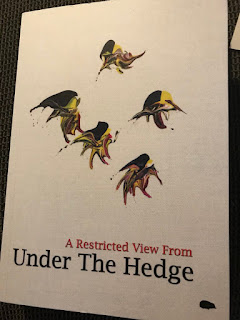 I'm pleased to say that my 5 sonnet sequence 'Breakout', written soon after the Brexit Referendum, has been published. I aimed for a magazine first printing and an anthology re-print, but delays in the magazine meant that they were published rather closer than I'd anticipated. No matter, I don't think that the readerships will overlap much.

The magazine is A Restricted View Form Under the Hedge (what a title! what badges!! what marvellous paper-quality!!!). You can access it here.

The anthology is The Other Room 10, the last anthology celebrating the last year of the Manchester reading series of that name and for sale at its last event (see above). You can access it here.

See here about my not making that event and here for details about the reading I conducted during that final year (a celebration of the European Union of Imaginary Authors; I include a set list, details of my collaborators and fellow-performers, and links). See its own website on which most videos of the readings are housed, here.

'Breakout' was also the first poem-sequence I read at the Sheppard Symposium reading. So here it is again:

It's here again if you have trouble. Robert Sheppard: https://www.youtube.com/watch?v=ob3q0OrMZcU

Thanks to the spiny little creature rolled into a little ball and the guys basking in alterity beyond the door of Otherness for publishing the poems!

There's other stuff about sonnets here and here. The latter is about the 100 sonnet book-length manuscript that 'Breakout' forms part.

I have, however, in the first poem, replaced the word 'autistic' with 'autarkic', a word whose presence I owe to the eloquence of our current foreign secretary. Nazanin is still in an Iranian jail (he'd say 'Persian gaol') but I got a word out of him (to use against him). And it's a good word too, whereas the word for a mode of neurological atypicality is the wrong one.

and is available from Knives Forks and Spoons here:
https://www.knivesforksandspoonspress.co.uk/product-page/hap-understudies-of-thomas-wyatt-s-petrarch-by-robert-sheppard-26-pages

Taking only the sonnets Wyatt ‘translated’ from Petrarch, but adding a few of my own, I’ve merged the historical Wyatt with his hysterical contemporary analogue, a reluctant civil servant of a corrupt administration.
Posted by Robert Sheppard at 8:00 am