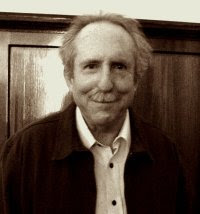 Tom Raworth’s sonnets 'Eternal Sections' (all 153 of them, one fewer than Shakespeare’s) owe to Berrigan’s, though the tone of excess and the use of repetition across the sequence is eschewed in favour of affectlessness. They use one of Berrigan’s techniques exclusively: the ‘juggling’ of separate lines as in the Joe Brainard collage homage, but they often seem to use only one source each; they are similar through formal means not through content. I’ve written about these 14 liners a number of times, including in my book When Bad Times Made for Good Poetry.

Here is a ‘sonnet’ of extracts:

1. Raworth has made a poem, not attempted to reconstruct an experience.

2. He rearranged the lines in such a way that few traces of the ‘context’ remain.

3. A recognizable semantic field, but its syntactical connections are unclear.

4. Not by its statement, but through its technique, the collision and conflict of creative linkage.

5. As Raworth transforms his materials, he sabotages intentionality.

6. If they are ‘sonnets’ they exhibit a volta in nearly every line.

even though the jazz feeling
the collaborative aspects
make a significant statement
until we’re all happy
the artificial sound of tape
from one block to another
edits real fast
individual moments
layering and moulding
approaches to their instruments
where he could burn
wandering across
type time dimension
keys, tempos, etc.

8. Raworth’s fleet negotiation of material, which almost by-passes the reader’s ability to process it, exposes the saidness of the text to an openness of performance, a saying.

9. The difficulty of this poem is precisely troublesome, and is more troublesome the more precise our attempted readings become.

10. To know that they are fragments does not lessen the will to coherence and cohesion.

11. An orchestration of interruptions, a percussive and hinged punctuation of themselves. They are empty and full.

12. The poems cohere more by a reading of their formal means than by attempting to chart the semantics.

was the length I’ve been happy with for a while,’ says Raworth.

Posted by Robert Sheppard at 9:59 am